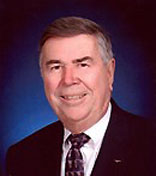 Interment will be at the Santa Fe National Cemetery, in Santa Fe New Mexico on Friday April 21, 2017 with honors at 9:00 am.

Memorials: In lieu of flowers, the family requests that gifts in his name be made to the University of New Mexico in support of the NROTC Program Memorial contributions may be mailed to UNM foundation Two Woodward Center 700 Lomas Blvd., NE Albuquerque, New Mexico 87102 or made online www.unmfund.org/fund/memorials-tributes/

Denis was born July 10, 1939 in New Orleans, Louisiana to Denis Sr. and Carmen Bourg Duffy. He grew up in Mobile, Alabama, the eldest of three children.

With a Naval ROTC Scholarship, he graduated from the University of New Mexico where he was a member of Sigma Alpha Epsilon fraternity and where he met his wife Diane.

Upon graduation and after his commission, he went to flight training in Pensacola, Florida and subsequently received his wings qualifying on the carrier, USS Forrestal. During his time as a fighter pilot, he served in the Vietnam War in Squadrons 194 and 24 and at Kirkland Air Force Base in the Naval Weapons Test facilities, as a reservist he retired after 30 years with the rank of Captain.

Denis became a commercial pilot for Continental Airlines and worked in Washington D.C. on the Crusader Missile Program for General Dynamics. He moved to Texas and worked for Vought Aircraft Aeronautics Division.

A resident of Colleyville, Texas for the past 40 years, Denis served as a volunteer firefighter, a member of planning and zoning, Citizen Police Patrol, Lions Club and past president of the Dallas Military Ball.

Always a true southern gentleman, Denis will be remembered for his good nature, positive spirit, and his Irish charm.