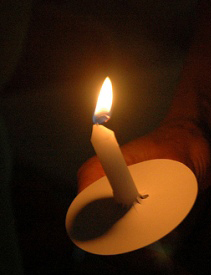 After high school and having attended Menlo Park College in California, he traveled by rail, bicycle and on skis throughout Europe, where he met his future, wife, Corry, in the Netherlands.

It took another three years before they would marry and live in Albuquerque, NM, to attend UNM. The draft caught up with him. After teaching several years at Keesler AFB, he worked at Los Alamos National Laboratory until his retirement in 1995.

Dave was an avid and graceful skier; he loved the mountains and nature in general. He could often be seen riding one of his mules either to condition them for endurance rides or just for pleasure. For years he and Roger Taylor managed the annual 50-mile Los Alamos horse and mule endurance ride on Labor Day in Los Alamos County. The ride was famous for going over Caballo Mountain and included a 10,000 ft. total vertical climb.

Dave was preceded in death by his parents, Donald F. and Billie E. Clinton, and his brother-in-law Ko Fioole.

He is survived by his beloved wife of almost 60 years, Corry, his brother-in-law Piet Fioole (Corrie), his sister-in-law Janneke Fioole (Piet), his nephew-in-law Dr. Bram Fioole (Eva), all of the Netherlands; he is also survived by his nephew Jakob Fioole (Leonie) of Berlin, MA.

Heartfelt thanks go to the Visiting Nurses, the Egis Caretakers, the LA Firefighters, Dr. D. Mills, Dr. C.A. Linnebur, the LAMC hospital staff, and the many friends who have been of such great support.

The Rivera Family has taken care of Dave’s cremation. There will be no service.