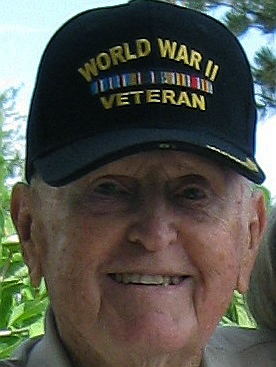 Cecil L. Gooch, formerly of Los Alamos, passed away Tuesday, June 25, 2013.
Cecil was born December 24, 1918 in Kansas to Jerry and Lillian M. Gooch. He served in the U.S. Army, Company M, 148 Infantry, and was very proud to have done so. After his honorable discharge, Cecil moved to Los Alamos in 1947 to work for the Zia Corporation as a member of the Plumbers and Pipefitters Union. He retired from the Laboratory in 1979 and remained in Los Alamos until he relocated in Albuquerque where he lived until his death.
During his time here, he was friend to many residents, particularly his neighbor on 9th street, Mrs. Grace Bellomy (Mam-Mam) and her family Kaye Bishop, Chris Weaver, Cathy Read, Kelley Weaver, Jason Goeller, Chelsea Weaver, Michael Read, Sharon Read and Alex Blocker. He will be missed by all.
His estate is being handled by The Law Firm of Sanchez, Mowrer and Desiderio in Albuquerque. Donations in his honor can be made to the the UNM Cancer Treatment Center, his recipient of choice. No services will be held.
Menu
LOS ALAMOS