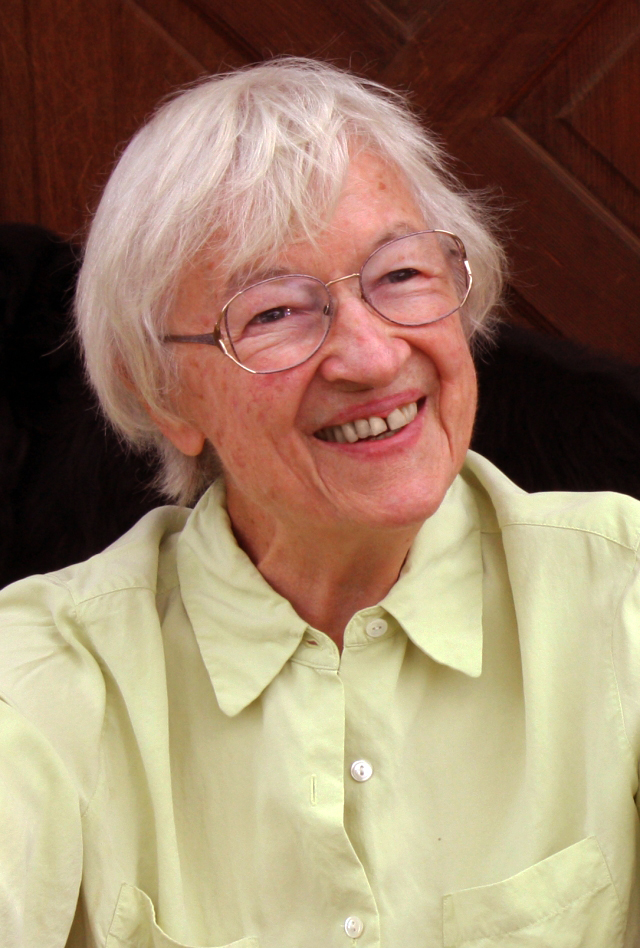 She is loved and missed.

Born in Pittsburgh Aug. 27, 1926, to Carl and Helen Reed, she spent her first seven years in Sao Paolo, Brazil, in a convent for girls. She returned to the U.S. with her mother, moving often from city to city and school to school. In 1943, she attended Connecticut College for Women, where she met David Fox Woods. They married and moved to Ithaca, New York where she worked while David obtained a doctorate. In 1953 they moved to Los Alamos with their first child, and had two more children there together. Carlotta re-married Berthus Boston McInteer in 1961. Her three children and his five children became one big family.

Carlotta worked for Los Alamos National Laboratory from 1954 to 1987. She earned a bachelors degree in mathematics from the University of New Mexico in 1976 and her Juris Doctorate from UNM School of Law in 1991, after retiring from LANL. Carlotta practiced family law until her death. She was a strong advocate for victims of violence and persons living in poverty. She devoted most of her career to her ideals, fighting social injustices, oft defending those who couldn’t afford to pay for legal services.

She was active in the Unitarian Universalist’s Church, the local chapter of the Democratic Party, the Choral Society, and a wonderful book club.

Carlotta loved the outdoors, the mountains, skiing, and Crested Butte, Colo. She was on the board of Pajarito Ski Club when it was still at Sawyer’s Hill, and skied throughout her life. Family trips were to the wild places of the West, lodging in tents and the oft breaking bus. She loved long walks with B.B., her friends and her children. She loved her animals and walked with them every morning in the canyons behind her home of nearly 50 years.

She is loved and missed.

Services will be at the Los Alamos Unitarian Church at 11 a.m., Nov. 9.