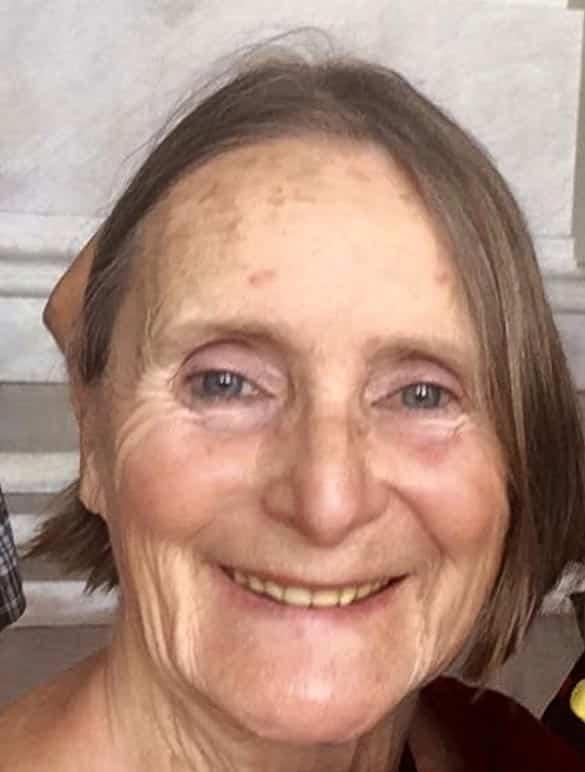 On October 31, 2018, Bronwyn Gordon, audacious and generous nana of three grandsons and loyal friend to those she loved, died peacefully in her daughter’s home at the age of 74.

Together with Rick Gordon, she raised a daughter, Tara, and was intimately involved in the daily lives of her three grandsons, Rowan, Devin, and Mikalh, even serving as a homeschool teacher for her youngest grandson in the last years of her life.

“B” spent her childhood in the Washington D.C. area before moving to the San Francisco Bay Area in 1967 and remaining there for over forty years. She moved to Los Alamos, New Mexico in 2011 to live near her daughter and grandchildren.

Bronwyn was distinguished by her wicked sense of humor, her passion and loyalty to those she loved, and her insistence on authenticity and straightforward self-expression. Because of these qualities, she was deeply loved by family and friends for exactly who she was.

A gifted writer, she authored an extensive collection of mostly-unpublished poems, short stories, and novels. She passed this gift and love of writing to her daughter and youngest grandson, Mikalh. “B” was also beloved of many dogs and several cats, for whom she provided doting pet sitting services over her later years.

By her family, “B” was appreciated for the tremendous generosity she showed with her time, material support, and commitment to supporting all her grandsons in fully exploring and building on their individual gifts. Because of her frank and irreverent style of communication, she was affectionately called “Gangsta Nana,” and yet she maintained an unwavering moral compass that always guided her to passionately defend her values.

“B” believed that the holy is expressed in the love and kindness that passes between humans when they give without expecting anything in return. She found sacredness in wild and untamed nature and developed intimate friendships with many of the beautiful places where she spent time in California, Maine, and New Mexico.

Bronwyn was preceded in death by her mother and father and several close friends whom she dearly loved, among them Sherryl Morris and Leigh and Ellie McEwan.

She is survived by her only daughter Tara Adams, her son-in-law Mike Adams, and her grandsons Rowan and Devin Cantua and Mikalh Adams, as well as her niece Laurie Coleman and nephews Gary and Wade Offenbacher.

She also leaves behind many dear friends who served as extended family and stood by her to the last. Among these are her roommates Jennifer and Nina Neil, her friends Gay Farley, Joyce Nickols, and Jane Thomas, and her ex-husband Rick Gordon, with whom she maintained a loving friendship long after their separation. Many other dear friends blessed her life. “B” also leaves behind a host of furry companions, who already miss her attentive care. She will be sorely missed.

A memorial service will be held at 11:00 on Saturday, December 1 at the Unitarian Church of Los Alamos at 1738 North Sage Street.