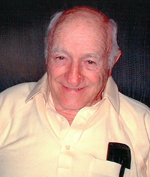 Art was a long time resident of Farmington, New Mexico. He was a avid golfer and bowler, he enjoyed working his yard. Art was active in his local United Methodist Church, Masons and Shriners.

He grew up in Colorado and graduated from the Colorado Schools of Mines with a degree in Petroleum Engineering 1950, He worked in Texas and New Mexico in the oil and gas industry. They moved to Farmington in 1958 where he retired from Conoco Philips in 1980.

Art was preceded in death by his parents Elizabeth Setzer and Arthur Melville Smith and his brothers, Donn Smith and Bob Smith. Services will be at a later date. The family of Arthur M. Smith has entrusted the care of their loved one to the DeVargas Funeral Home & Crematory of the Espanola Valley. 505.747.7477, www.devargasfuneral.com.