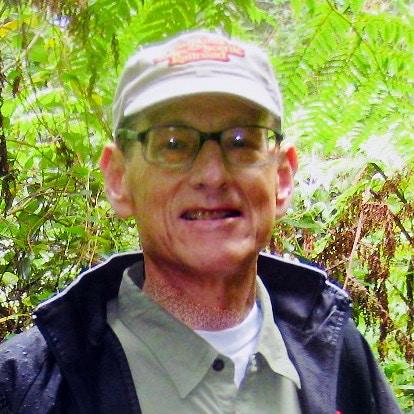 Arnold John Sierk passed away Friday, October 12th at the age of 71 from complications of treatment for lymphoma.

Arnie was born November 10, 1946 in Batavia, NY, the third child of Dorothy Wild and Norman Lindsey Sierk. He grew up on a dairy farm in Darien Center, which gave him a foundation of a strong work ethic and self-discipline that he carried throughout his life.

He went to college at Cornell University, graduating in 1968, and then received a PhD in Physics from California Institute of Technology in 1972. It was at Cornell in freshman English class that he met the love of his life, Christina. They were married August 24, 1968 in Los Angeles, California.

After working at Los Alamos National Laboratory as a postdoc, Arnie took a faculty position at Caltech.  After three years he accepted a staff member position at LANL, where he worked for more than 40 years.  He was named a fellow of the American Physical Society in 1985.

While Arnie loved physics, he made a deliberate decision to prioritize his family over his career. He always put the needs of his family first. His deep love for his three children led him to volunteer to coach soccer and basketball, and to travel around the state and beyond to watch countless sports competitions, music concerts, and school events.

He was a wonderful grandfather and took great joy in each of his six grandchildren. He had a lifelong love of steam engines, model railroading, and reading science fiction. He was active in the community, serving on the board of Casa Mesita and in multiple capacities at the United Church of Los Alamos. He was a man of wide curiosity and varied interests, and a source of both deep wisdom and random trivia.

Having been a Type I diabetic since the age of 18, Arnie felt blessed to be a kidney/pancreas transplant recipient in 1995 and was very grateful for 23 years of good health since then.

During the summer of 2018 Arnie was able to attend a 50-year reunion of his freshman eight crew team at Cornell, and he and Chris celebrated their 50th anniversary on Catalina Island with many family members in attendance.