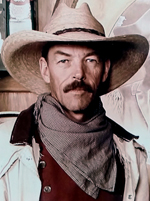 Anthony Michael Brophy, 57, a resident of Los Alamos, passed away on May 29, 2016 after a long courageous struggle with cancer.

Anthony was born June 26, 1958 in Los Alamos, N.M. to James A. Brophy and Kathleen P. Brophy of Los Alamos.  He was preceded in death by his parents and nephew, Randal N. Rupert.

Growing up in Los Alamos, Anthony became a graduate of Los Alamos High School class of 1977. He started his working career as a licensed journeyman plumber under the employ of Elmo C. de Baca in Los Alamos, N.M.  Then he served in the Armed Forces within the 82nd Airborne Division stationed at Fort Jackson, Columbia, South Carolina.  Upon being honorably discharged from the military, Anthony returned to New Mexico to work as a wrangler for Dunigan Enterprises at the Baca Ranch location on the Valles Caldera.

He then went to work for Roy-El Farms in Espanola, New Mexico which was one of the most successful Morgan horse operations in the nation for breeding and training Morgan horses. He continued to develop his love for horses and for the rugged outdoors by following his life’s vocation moving to Creede, Colorado training horses for the Brian Egolf family and then by guiding and outfitting for Dale and Val Dilley taking hunters up on the San Juan Mountains’ continental divide.  He also worked part-time as an EMT for the Mineral County Ambulance Services in Creede.

Anthony returned to Los Alamos in 2001 where he used his construction and finishing work skills.  He had been a member of the American Legion Post #90 in Los Alamos.  Anthony was always most at home outdoors in the Rocky Mountains, exploring the meadows, riding the ridge tops on his horse, Winston, and fly fishing the streams.  His love of nature inspired his greatest talent, wood carving.  He mastered the art without formal training, creating exceptional pieces that, as he said, “…released the spirit of the wood” and represented the wildlife, trees and landscape he valued and respected.  He also enjoyed oil painting, studying southwestern history and gardening.

An informal family memorial service and remembrance will take place in Creede, Colorado on Sunday, June 26, 2016.