He was born on January 19, 1931 in Arlington, VA to John Dee Perry Bowman & Loula Elizabeth Flanagan.

Al graduated from high school at the age of 16 because he was able to skip part of 4th and all of 5th grade. Al often attributed this fortuitous event to his obsession with reading, which he did every chance he had.

After high school, Al attended the College of William & Mary in Williamsburg, VA where he met the love of his life, Margaret Maxwell Braddock. As the story goes, Al and Margaret were both active in the drama club at William & Mary, and one day, after a rehearsal of “Guys and Dolls” it was Al’s turn to put props away.  Margaret waited for him for quite a while. After finding the courage, Al finally returned and asked Margaret to be his betrothed. Apparently, things worked out well as they were married 70 years ago on June 14, 1952, in Williamsburg at Bruton Parish Church.

After graduating from William & Mary, Al attended Officer Candidate School and gained the rank of Commander in the United States Navy. He served in the U.S. Naval Reserves and was also a Naval Recruiter in Annapolis, Maryland. The irony is that he served at the Reserves in Santa Fe, New Mexico, far from any sizeable bodies of water. It was a well-known inside family joke that although Al served in the Navy, he couldn’t actually swim. Al received his Doctorate in Physical Chemistry in 1958 from Iowa State College, now known as Iowa State University.

Al moved to Los Alamos, NM in 1958 with Margaret and their young daughter, Brenda, where they had three more children, Catherine, Kenny, and Murray.

Al worked at Los Alamos Scientific Laboratory/Los Alamos National Laboratory for 33 years, as a chemist per his doctorate, but also primarily as a physicist, spending time in the weapons division as well as other areas.

While in Los Alamos, Al spent considerable time playing bridge and reading. He volunteered as a coach for Little League Baseball and Soccer for both of his sons.

In 1991, Al retired, and he and Margaret moved to Green Valley, AZ where he was very active in the community.

Al was an amazing story teller, whether it was about his days at Los Alamos National Lab, his bridge playing, or his children.

His love of reading led to a collection of over 5,000 books which are stashed away in his tiny den in Green Valley. Amongst these are technical writings, some of which were authored by Al, several copies from the New Mexico Geology Society in which he spent numerous weekends traveling the Southwest and Mexico to learn about “Odd Rock Formations”. Let’s not forget his Erle Stanley Gardner Collection, of which it is believed he has every book and article written by Gardner. Al also had a for love and interest in railroads and trains.

To say Al was an avid bridge player is like saying “The Grand Canyon is a big hole in the ground.” There are some interesting tidbits about Al’s bridge playing as eloquently stated by his bridge partner of 50 years, Bill Barkley. Al learned the game of bridge while a student at the College of William & Mary. It began a 70-year love affair with the game as he learned the challenging intricacies of bidding, declarer play, and defense.

Al’s bridge activities expanded into ACBL duplicate bridge with both local games and sectional, regional, and national tournaments. He played regularly as a partner with John Hancock, a nationally known player of great skill. In the 1970’s he won his first regional tournament contest – the first of many to follow. When he retired and moved to Green Valley, he became active in a leadership role with the GV Recreation duplicate bridge club, which has regularly scheduled games three times a week and more than 300 members. He undertook the challenging role of club manager for more than 20 years. In his leadership role he helped to maintain a large, vibrant, and challenging bridge club. Al will be missed both as a player and leader by his bridge friends. He ended his life as an ACBL Emerald Life Master.

Al was preceded in death by his parents and his younger brother, Bruce. 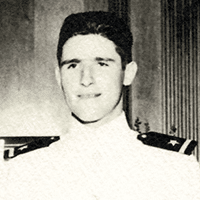