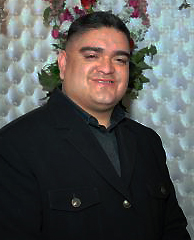 His greatest loves were his family, camping, fishing, motorcycles and spending time with his father, Alfred and son Mateo, who were his best friends.

Public visitation will begin at 6:30 p.m. Wednesday, Aug. 14, 2013 at Northern New Mexico Community College with a rosary to be recited at 7 p.m. Mass of Christian burial will be held at 10:30 a.m. Thursday, Aug. 15, 2013 at La Iglesia de Santa Cruz de la Canada (off McCurdy Road in Espanola.) Burial to follow at the Holy Cross Catholic Cemetery in Santa Cruz (off McCurdy Road.)