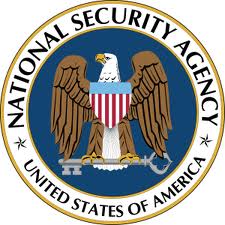 The USA Freedom Act, a bill introduced last year aiming to curtail some of the NSA’s data collection programs, especially those focusing on U.S. phone data, failed last night to reach the 60-vote threshold required to cut off debate and move to a vote.

Nearly a year-and-a-half after the Edward Snowden’s revelations, the act was considered the most politically viable effort in four decades to place curbs on NSA activities. The ac was supported by the Obama administration, privacy advocates, libertarian groups, and technology companies, but senators, most of them Republican, warned that adopting it would leave the country exposed to another terrorist attack.

“God forbid we wake up tomorrow and ISIL is in the United States,” said Sen. Marco Rubio, R-Fla., using an acronym for the Islamic State.

Sen. Mitch McConnell, R-Ky., the Republican leader, worked hard to defeat the bill. “This is the worst possible time to be tying our hands behind our backs,” McConnell said before the vote.

The bill would have prohibited the NSA from collecting Americans’ phone records in bulk. Most of the records would have instead stayed in the hands of the phone companies. Intelligence analysts would still have been able to conduct contact tracing, but would be required to obtain a new kind of court order to obtain only those records that were linked, up to two layers away, to a suspect — even when held by different phone companies.

The bill would not have mandated that phone companies hold on to the records for longer than they already do for normal business practices, which is about 18 months.

After the failure to end debate of the measure, Senator Patrick Leahy (D-Vermont), the bill’s sponsor, denounced “scare tactics” he said killed the bill. “Obviously I’m disappointed by tonight’s vote,” Leahy said after the vote, vowing “not to give up the fight.”

The White House signaled its “strong support” for the bill on Monday — but this support came only after administration officials weakened privacy protections and transparency additions in the House’s version of the bill after a key House committee approved it.

The New York Times reports that both the administration and the intelligence agencies worried that the defeat of the USA Freedom Act would lead to the House declining to reauthorize broader domestic surveillance powers for the NSA and the FBI next year. The NSA and its allies therefore opted to back the bill even though the NSA has publicly expressed its reservations.

The failure of the Senate to end debate over the USA Freedom Act means that one of the major surveillance debated will take place in the next, Republican-dominated Congress and will revolve around the question of whether to re-authorize Section 215 of the Patriot Act, which expires next June. Both the NSA and the FBI see this debate – and its result – as a major priority next year.

Last month, Rep. James Sensenbrenner, R-Wisc., predicted that the House of Representatives will not renew the expiring provision.

The Guardian notes that another open question is whether the administration will seek an approval from the secret FISA Court for another 90-day extension of the bulk domestic phone records collection program when its existing authorization expires Dec. 11.