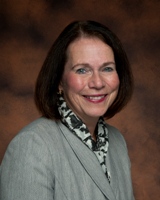 “Cooperating with Jamaica and Canada in completing this HEU removal is an outstanding example of how regional cooperation can support global efforts to minimize the civilian use of HEU, while preserving important research capabilities,” said NNSA Deputy Administrator for Defense Nuclear Nonproliferation Anne Harrington. “The removal of the HEU fuel is a significant achievement and could not have been accomplished without the strong leadership and hard work from our counterparts in Jamaica and the technical support of Canada.”

Through an arrangement reached in 1984 between the International Atomic Energy Agency (IAEA), Canada, Jamaica, and the United States, the U.S. provided HEU material to Canada to fabricate fuel for the Canadian designed SLOWPOKE reactor at the International Center for Environmental and Nuclear Sciences (ICENS) at the University of West Indies in Kingston, Jamaica.

The 32 year old research reactor is used for Neutron Activation Analysis (NAA), a method for determining which chemical elements comprise a material by bombarding the material with neutrons. This research has informed environmental, agricultural and health related studies as well as mineral exploration, and contributed to increased food safety, food security and water and air quality in Jamaica.

Because the core consisted of HEU fuel, DOE/NNSA’s Office of Material Management and Minimization worked to convert the reactor to run on low enriched uranium (LEU) fuel and return the HEU core to the United States aboard a specially outfitted, dedicated ship. The new LEU core will enable Jamaica to continue this important research while minimizing the risk posed by the presence of nuclear materials.

The HEU is safely and securely stored at the DOE Savannah River Site, pending final disposition, which often involves blending to low enrichment and distribution to the Tennessee Valley Authority for generation of electricity.

DOE/NNSA plays a critical role in reducing global nuclear security threats through HEU minimization activities such as converting research reactors and medical isotope production facilities to the use of LEU, removing excess HEU and separated plutonium, and dispositioning HEU and plutonium domestically. It also plays an important role in bilateral and multilateral discussions on plutonium management and minimization strategies with international partners.

Jamaica and the United States have a long history of cooperation on nuclear and radiological security issues. In addition to the reactor conversion and fuel return mentioned above, the two countries have worked to improve the security of high activity radioactive sources at medical and research facilities, as well as to strengthen the capability to deter, detect, and interdict illicit trafficking in nuclear and radiological materials at the Port of Kingston.