NNSA Completes Removal of All HEU From Austria 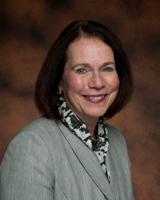 This makes Austria the 22nd country that has worked with GTRI to remove all HEU from its territory.

“The completion of this project with Austria is another important step in the global effort to minimize the civilian use of HEU around the world, while preserving important research capabilities,” said NNSA Deputy Administrator for Defense Nuclear Nonproliferation Anne Harrington. “The removal of the remaining HEU fuel is a significant achievement and it could not have been accomplished without the strong leadership and hard work from our counterparts in Austria.”

The project was initiated in September 2011 when the U.S. and Austria signed a memorandum of understanding (MOU) to work together on supplying low-enriched uranium (LEU) fuel to fully convert the TRIGA reactor at the Vienna University of Technology, and returning 1.2 kilograms of HEU to the U.S. by the end of 2013.

GTRI worked closely with the Vienna reactor staff and the Government of Austria to implement the steps laid out in the MOU and completed the project one year ahead of schedule.

Together, both sides ensured that this project was conducted to minimize interruption of regular use of the reactor for research and training. In addition to enabling important scientific research work, the Vienna reactor plays an essentialrole in supporting the critical mission of the International Atomic Energy Agency (IAEA), including instrument calibration, IAEA safeguards inspector training and other IAEA supported training.

To date, GTRI has now removed approximately 1,265 kilograms of HEU from countries around the world – the equivalent of about 50 nuclear weapons – under the U.S.-Origin Nuclear Material Removal Program.

The shipment of the 1.2 kilograms of HEU was also significant as it marks the removal of all TRIGA HEU fuel from international civilian commerce. This is the 59th shipment of U.S.-origin fuel returned to the U.S. safely and successfully since the U.S.-Origin Nuclear Material Removal Program began in 1996.

Together these efforts provide a comprehensive approach to preventing terrorists’ access to nuclear and radiological materials.