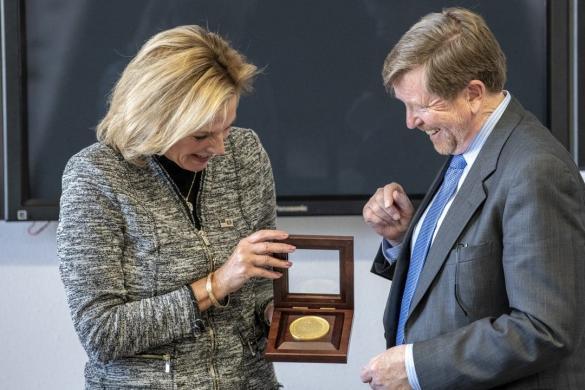 Lisa E. Gordon-Hagerty, the Department of Energy’s undersecretary for nuclear security and administrator of the National Nuclear Security Administration (NNSA), visited Los Alamos National Laboratory today to present Dr. Terry Wallace, outgoing Laboratory director, with the Gold Award, the highest honor that can be bestowed by an NNSA Administrator.

NNSA is the government agency that oversees the entire U.S. nuclear weapons enterprise and is part of the Department of Energy complex.

Gordon-Hagerty thanked Wallace for his leadership and commitment to the NNSA mission and praised his ability to accomplish so much during his 10-month tenure.

“Terry and I share the belief that the work we do is not about ‘us,’ it’s about the nation,” she said. “I saw that from him time and again. The work of the Laboratory was always his priority.”

Upon receiving the award, Wallace credited his staff and the exceptional Laboratory workforce for his success.

“The director always gets credit for the success of the Lab, but really, it is the staff that makes it all happen,” he said. “This Lab is my family … and I am very proud of my family.”

He was named director in January 2018, after the retirement of Charles McMillan, and is the first Laboratory director with such strong ties to Los Alamos and Northern New Mexico. A graduate of Los Alamos High School, his father was a chemist at the Laboratory, and his mother represented Congressional District 43 for 22 years in the New Mexico State Legislature. Prior to being named director, he served as principal associate directors for both the Global Security directorate and the Science, Technology, and Engineering directorate.

During Wallace’s time as director, the Laboratory accomplished several milestones, including being selected by the NNSA to be a major producer of plutonium pits for the nation’s nuclear stockpile and delivering several high-priority national security program initiatives. The Laboratory workforce also expanded significantly—hiring approximately 1,300 external employees in FY17—and a maternity leave benefit was added for employees.

Wallace will continue on at the Laboratory as director emeritus. 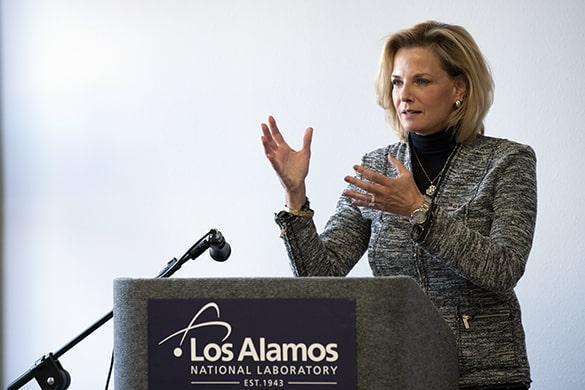 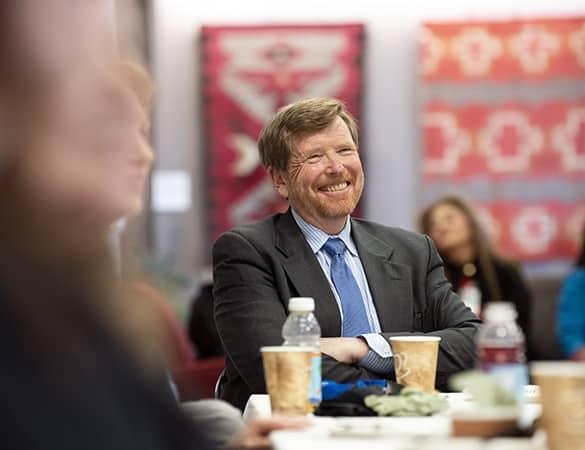 LANL Director Terry C. Wallace, Jr., will stay on at the Laboratory as director emeritus. Courtesy/LANL