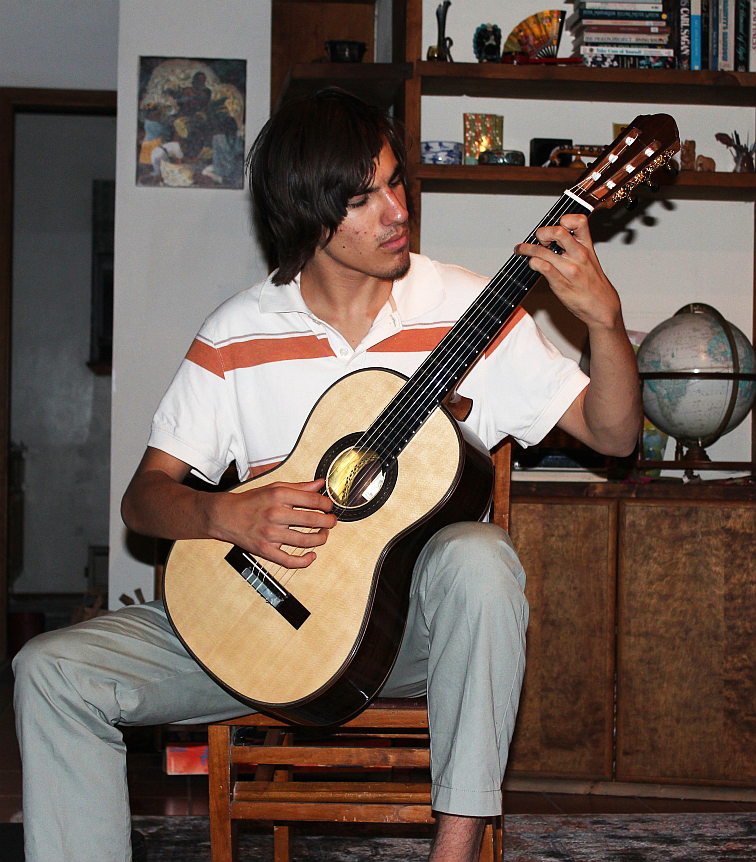 Los Alamos native Mohit Lauer Dubey has been invited to apply to the Presidential Scholar Program. Photo by Manvendra Dubey

Los Alamos native Mohit Lauer Dubey has been invited to apply to the Presidential Scholar Program. He is a senior at the New Mexico School of the Arts (NMSA), a state sponsored charter school in Santa Fe.

This is a prestigious honor that places Dubey in the top 0.067 percent of the graduating seniors this year, based on competitive performance in tests, academics and the arts.

“Mohit is a perfect example of the synergy that can occur for students when the arts and academics are combined in a school setting,” NMSA Principal Cindy Montoya said. “Research and our firsthand experience at NMSA show time and again the importance of art in education.”

The son of two immigrated scientists, Dubey said he was raised to understand and appreciate the power of math and science. When he started with the violin at five years old, however, his desire to express himself through music manifested itself to form a fascination with the fundamental correlations between the arts and sciences.

“I’m inspired by the universe and the beauty in all of its collaborating harmonious elements from the big bang to life on earth to the human mind and music that I strive to connect, understand and appreciate every day,” Dubey said.

The synergy between arts and science has been highlighted by cellist and Harvard alumni Yo-Yo Ma’s recent reflections on the role of arts, creativity and learning and how they need to be integrated in the Science Technology Engineering and Math (STEM) focused education initiatives.

The U.S. Presidential Scholars Program was established in 1964, by executive order of the President, to recognize and honor some of our nation’s most distinguished graduating high school seniors. In 1979, the program was extended to recognize students who demonstrate exceptional talent in the visual, creative and performing arts. Each year, up to 141 students are named as Presidential Scholars, one of the nation’s highest honors for high school students.

Dubey and NMSA have applied for the President Scholars Program and said they are looking forward to the competition.

He also is a finalist for the National Merit Scholarship and has been recognized for his academic excellence in science. Last year, Dubey won a Sandia National Laboratories award for the “most creative and innovative project.” He was a finalist in the New Mexico Supercomputing Challenge competition in April 2013 for designing a mobile phone application to lead the visually impaired by sound. He started participating in these programming projects in Los Alamos elementary school and has continued through his senior year at NMSA.

Dubey is a music major specializing in classical guitar and has strong interests in astrophysics and neuroscience as well as world peace through music and science. He plans to bridge his broad interests in undergraduate at Oberlin, Johns Hopkins-Peabody, University of California, Middlebury, Yale, Harvard, UNM or University of Arizona where he has applied.

In addition to excelling in academics, Dubey is an accomplished and passionate musician and composer. He was selected as the 2nd principal guitarist in the All State NM music competition last month in Albuquerque. Dubey has been very active in the community, leading a Play me Piano-thon, a music and poetry event by high school students at the Sanbusco Market in Santa Fe last Christmas to promote cultural cohesion in Santa Fe. The event raised funds for a music exchange by seven New Mexico high school students to teach and learn music in Ghana this summer. He also works at the Santa Fe Children’s Museum developing education and art programs to enrich early education.

Born and bred in Los Alamos where he attended Barranca Elementary and Los Alamos Middle School before moving to NMSA in Santa Fe for high school, Dubey said he is proud of his New Mexico heritage.