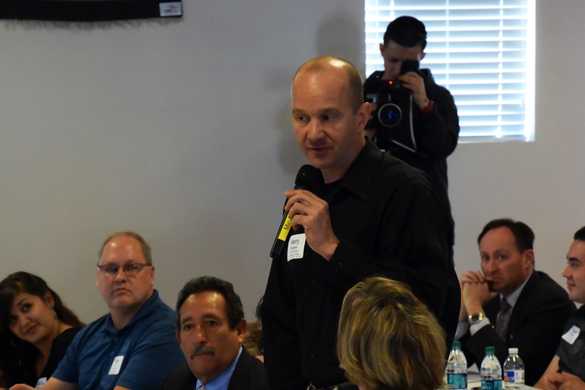 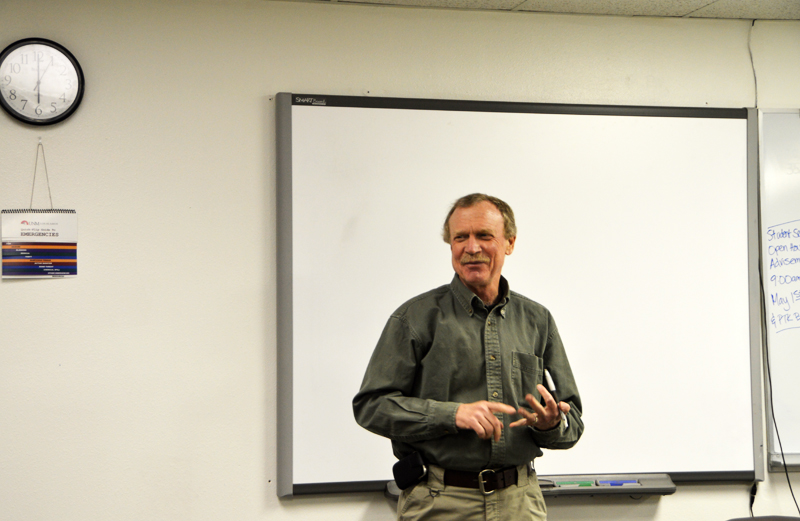 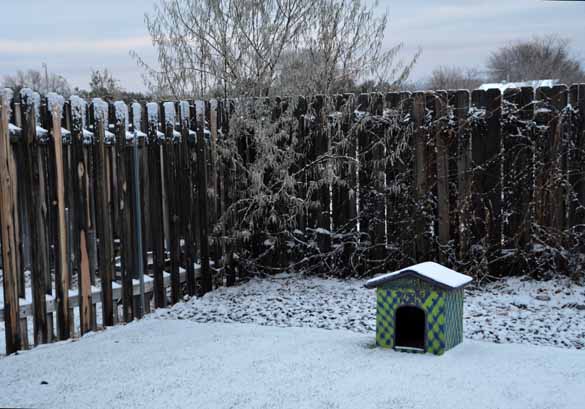 The New Mexico Association of Counties held a 2015 post legislative session meeting for northern New Mexico member counties Thursday, April 23, at the Hernandez Community Center. Elected officials from county governments throughout the state and local legislators came together to review the 2015 legislative session, discuss what happened, what didn’t happen and the next steps for the counties.

Sen. Richard Martinez opened the presentations by discussing the accomplishments and difficulties of the 2015 legislative session. Senator Martinez, chairman of the Senate judiciary committee highlighted some of the bills he sponsored and important bills that went through his committee.

In particular he spoke in detail about a new Indian Gaming Compact with five tribes and Senate Bill 226, which he sponsored to give landowners right of protection from individual using the rivers that are immediately next to their lands.

In addition, Martinez stressed how the environment at the Roundhouse was very different this year than any previous year he has served.

“This was the hardest session I’ve ever attended,” Martinez said.

Sen. Carlos Cisneros also presented his impressions of the 2015 session and echoed Martinez’s comments saying, “This was a very trying session for all of us. The cordial atmosphere in the legislature broke down and created an atmosphere of contention. It was unlike anything I’ve experienced over the last 20 years.”

In his review of the session, Cisneros, vice chair of the Senate Finance Committee, focused primarily on the budget and capital outlay issues.

This year’s bill, Senate Bill 159 died in the last few minutes of the session taking more than $260 million in appropriations for projects with it. The impact locally would cost Rio Arriba and surrounding communities over $3.5 million (See earlier Valley Daily Post story on this topic HERE).

Cisneros said that the legislature worked In cooperation with the Governor’s office to designate $112 million to “statewide projects” and designated $84 million for individual projects funded by the legislature.

According to Cisneros the Governor’s representative “demanded” more money be allocated to the Governor’s statewide projects but the Senate declined. When the bill reached the Republican controlled House, the Governor’s allies in the House reduced local legislator funding to senior centers, local colleges and Native American programs and reallocated that money toward unvetted projects.

Over the last few weeks, growing community outcry over this collapse appears to be pushing both legislators and the governor to consider a special session to take up this one issue.

Thursday’s meeting is one of four post-legislative meetings the Association of Counties is holding throughout New Mexico. The next meeting is scheduled for April 29 in for Santa Rosa.

Soon after incorporation, NMAC expanded its membership to include Business Partners as sustaining members, offering opportunities for vendors and service providers to network and share resources with our members. All State of New Mexico counties are eligible for membership in NMAC with the payment of annual dues. Membership entitles all elected county officials and career employees to the services provided by NMAC as well as participation in its semi-annual conferences and specialty workshops. NMAC supports its 21 representative areas of county government through affiliate committees; offering resources that assist to strengthing their roles with the county. 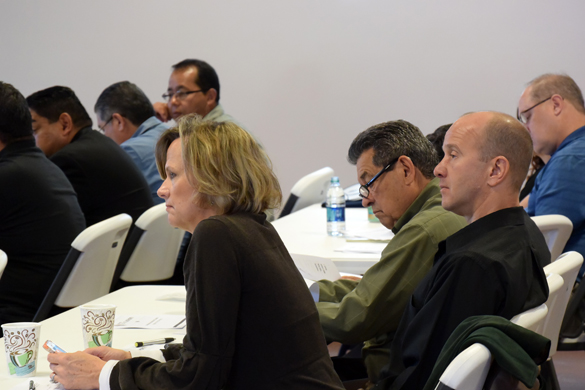