SANTA FE – At Thursday’s Joint Congressional Hearing for Natural Resources and Oversight & Government Reform, New Mexico Environment Secretary Ryan Flynn clarified numerous discrepancies from testimony made earlier in the day by the Environmental Protection Agency, including the agency’s summary-level, cherry-picked data that sought to downplay the severity of the Gold King Mine spill.

Flynn testified that the EPA neglected to include a key contaminant, arsenic, among the data supplied. Nor did EPA include total metals (just dissolved metals), which skirted a health comparison with Safe Drinking Water Act levels and downplayed the severity of the spill.

When asked about New Mexico’s long-term monitoring efforts, Flynn said, “Their [EPA’s] Plan should be to support our [New Mexico] Plan. I don’t think the fox should be guarding the henhouse. They created the situation.” [ http://bit.ly/1LDntfa 1:32:46–1:33:03]

Gov. Susana Martinez named these agencies to the team, so that they could continue investigating the results of the spill. The team is collaborating with local communities, universities and colleges, federal officials, and members of the public. The team will shortly announce a Long-Term Road Map Meeting to include all citizen stakeholders, along with New Mexico’s technical experts. 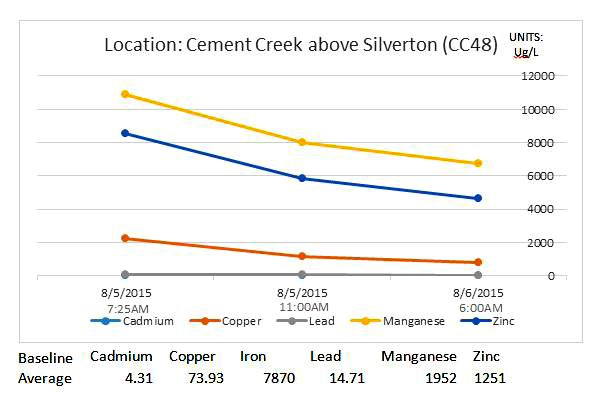 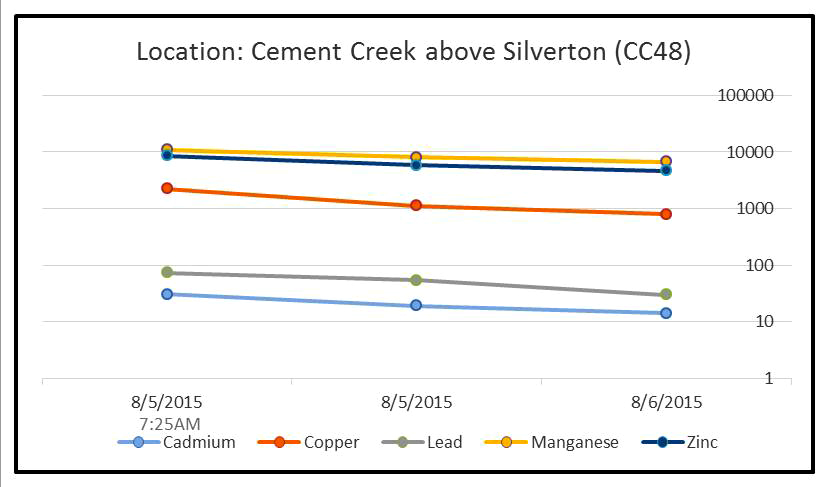 Dissolved Metals Plotted on Logarithmic Graph. A logarithmic graph of exactly the same data shows that cadmium and lead were detected at significant concentrations. Courtesy/NMED 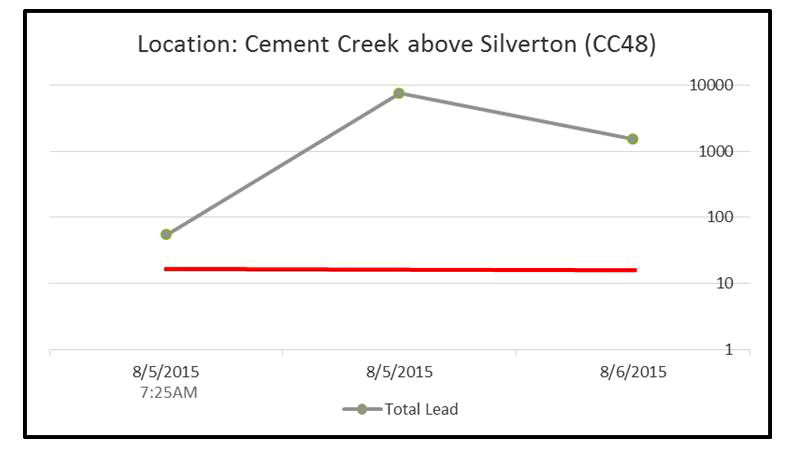