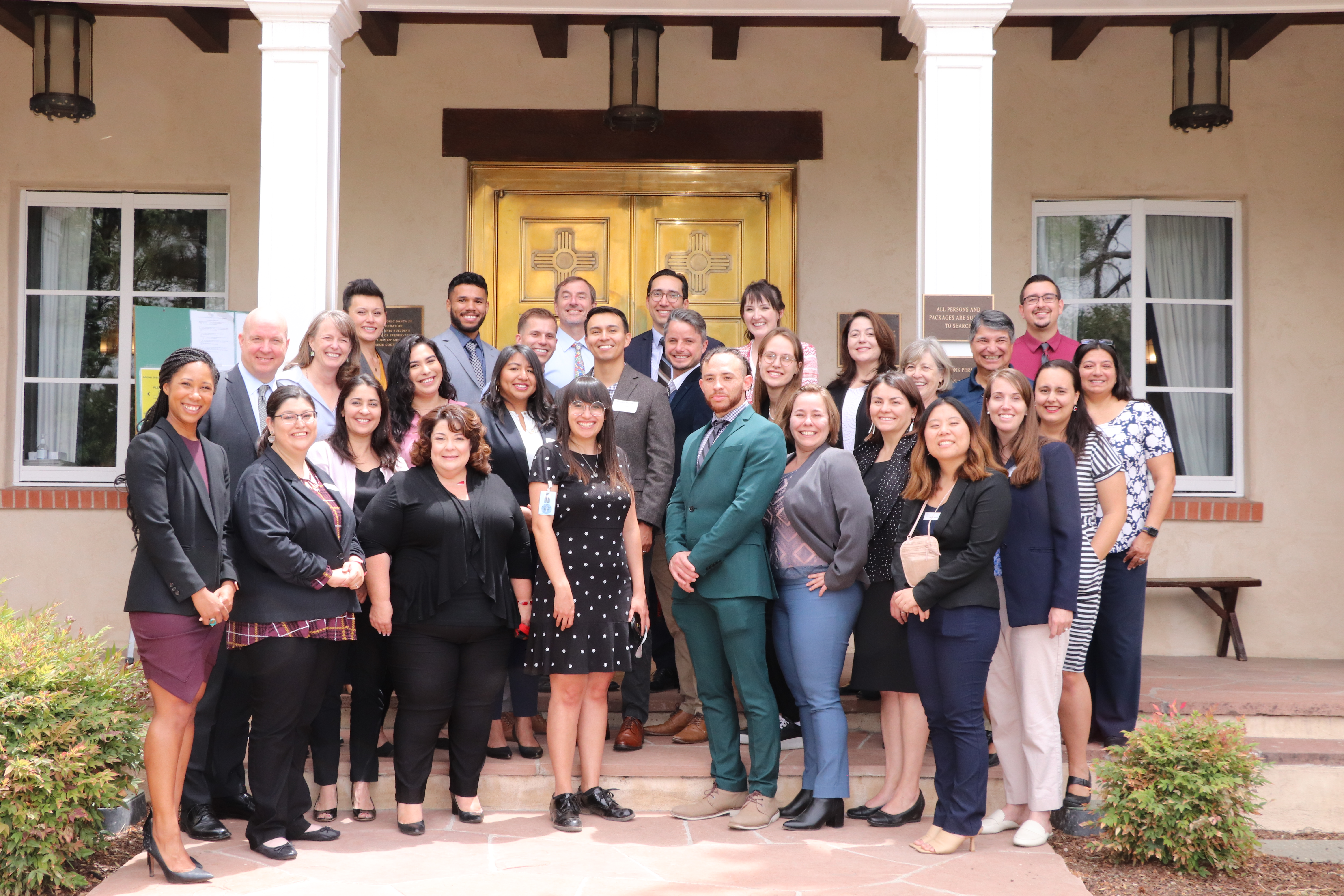 SANTA FE — Eleven law students are participating in a program that provides pathways to the judiciary and possible clerkships for those traditionally underrepresented in the legal profession.

The Judicial Clerkship Program, now in its second year, provides students training, mentoring and a 10-week summer externship. The New Mexico Supreme Court, the State Bar of New Mexico Committee on Diversity in the Legal Profession, and the Young Lawyers Division, jointly manage the program.

“I’m excited about the program because it is a practical and concrete solution to the lack of diversity in clerkships and in the Judiciary,” Supreme Court Justice David K. Thomson said, who brought the program to fruition. “It introduces to law students the benefits of clerking and at the same time gives them a basic training curriculum to improve their applications for clerkships.”

The main goal of the Judicial Clerkship Program is to train law students to become law clerks after graduating from law school. Law clerks within the New Mexico Judiciary typically work for a justice or a judge for one or two years. Law clerks write bench memos, which detail all of the issues within a case objectively and spend time doing research for writing draft opinions. A written opinion is a formal explanation of a ruling of a case. It is widely acknowledged that judicial clerkships increase professional development of law school graduates and often lead to greater advancement in their career as a lawyer or in the judiciary.

The Judicial Clerkship Program for 2022 began last winter when selected students started going to monthly meetings that focused on professional development and different aspects of being a law clerk.  During “Clerkship Boot Camp”, panels and subject matter experts covered topics including why racial diversity matters in courts, writing effectively, the best research strategies for clerks, and how to ask for help and court resources.

Dutton-Leyda, a second-year student at the University of New Mexico School of Law, said Judicial Boot Camp was a great experience.  “The speakers and panelists gave us valuable advice and information we wouldn’t have otherwise gotten,” she said.

For their externship, Dutton-Leyda and all program students pair with a justice or judge and an attorney as mentors.  Students also receive a stipend while they gain experience at the Supreme Court, the Court of Appeals, the Thirteenth Judicial District Court or Bernalillo County Metropolitan Court.

Dutton-Leyda’s externship is with the Thirteenth Judicial District Court and her mentors are Chief Judge George Eichwald and attorney Sonya Duke-Noel.  “I’m able to get the experience of being in trials and the interactions in the courthouse. It’s really eye-opening to see what trial judges actually do,” Dutton-Leyda said.  “I’m grateful for the experience.”

Chief Justice C. Shannon Bacon said having diverse representation in the Judicial Clerkship Program will eventually yield that diversity in the judiciary.  “We want the Judiciary to reflect the community, and we live in one of the most diverse states in the county,” Chief Justice Bacon said. “So shouldn’t our judiciary look like people who live here and come before the courts?”