ALBUQUERQUE – The New Mexico Association of Commerce and Industry (ACI) will set out for a 27-city tour of New Mexico in September, canvassing the state in three weeks to engage community business leaders about the challenges and opportunities in front of their businesses.

New Mexico’s business association, which bills itself as the “Voice of New Mexico Business,” will kick off its Sept. 15-Oct. 4 “FOCUS Tour” with an Albuquerque luncheon that will explore through a panel of experts the issue of legal reform and New Mexico’s business-law environment. The Sept. 15 “FOCUS Summit” will underscore New Mexico’s 45th-place ranking in the recent “State Lawsuit Climate Report,” published by the U.S. Chamber of Commerce Institute for Legal Reform. 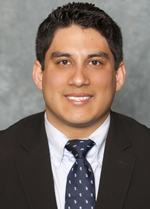 “Our office might be in Albuquerque, but we are absolutely committed to representing businesses in every community, in every industry and of every size in New Mexico,” ACI President and CEO Jason Espinoza said.

This is Espinoza’s second dedicated statewide tour since becoming ACI’s chief executive in May 2015. Last fall, Espinoza and his staff visited 16 cities over a two-week period.

“We’re essentially doubling down on the tour because the information we gather during the tour is so invaluable to our work, because the tour leads into our fall policy committee meetings,” Espinoza said. “While we’re speaking with community business leaders on the tour, we’re presenting our interim policy agenda and gathering feedback to know if we’re on track. If we discover more pressing issues through the tour, we will take them back to our dozen committees. This is our new routine for preparing for the regular legislative session.”

Espinoza partly attributes the greater statewide representation he’s seen on his policy committees to the tour.

“Thanks to technology, we can involve businesses around the state in our policy committee meetings,” Espinoza said, “and last year’s tour really demonstrated to business leaders in the state our seriousness to hear from them and to be their voice. We saw committee participation more than double in many cases, thanks to member representatives outside Albuquerque getting involved.”

In coordinating community visits, ACI has largely relied on partnering with local chambers of commerce.

“We couldn’t do this tour without the groundwork and facilitation of the community chambers,” Espinoza. “They know better than anyone what are the needs of their communities and whom we need to meet.”

“The FOCUS Tour is about connecting with the people we represent,” Espinoza said. “We won’t be guilty of having our Albuquerque blinders on or that we only represent big business.”