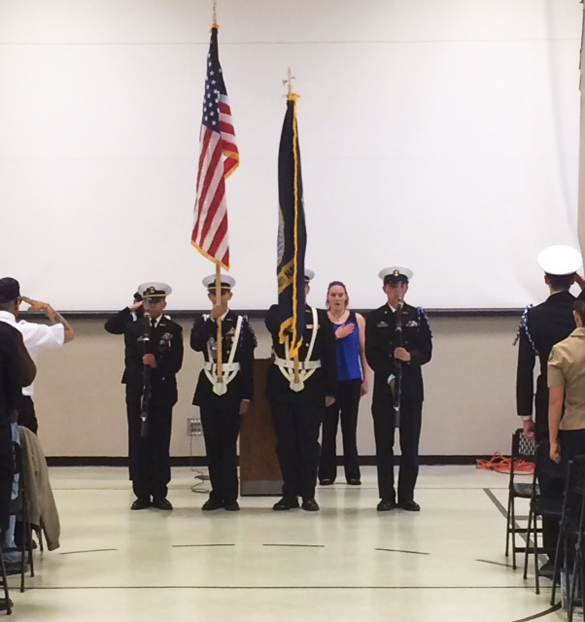 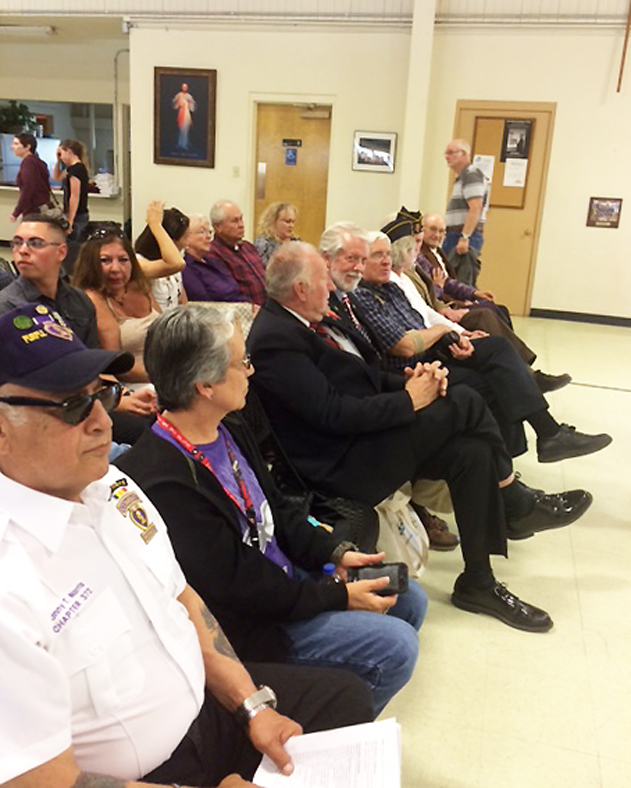 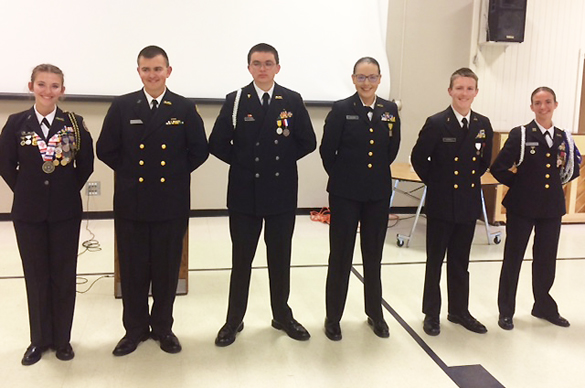 The Los Alamos High School NJROTC Spring Awards and Recognition Ceremony took place April 20, 34 years exactly after the unit was officially chartered on April 20, 1983.  The unit also celebrated being designated a Distinguished Unit for the 2016-2017 school year, the 14th consecutive year the unit has received this prestigious designation.

The ceremony began with the presentation of the colors and the singing of the National Anthem by Danae Nielsen, a former graduate of the program. Following some words of welcome by LCDR Wes Shumaker, Senior Naval Science Instructor, the recognition portion of the evening began. The spring ceremony is also the recognition time for outside organizations to recognize the achievements of cadets. Presenting awards this year were the American Legion, Daughters of the American Revolution, Military Order of the Purple Heart, Military Order of the World Wars, National Sojourners, Military Officers Association, Reserve Officers Association, Scottish Rite, Surface Navy Association, The Navy League, Order of Daedalion, Sons of the American Revolution, and Daughters of 1812. Additionally, the Tawani Charitable Foundation, now the Pritzker Military Foundation provided award funding.

Each cadet was recognized for their contributions in such areas as community service, participation, fitness, academic team, drill and color guard, and rifle team. Individuals were recognized for annual achievement for Distinguished Cadet each level, Honor Cadet each level, Aptitude, Personal Appearance,  Outstanding Cadets in each level and Exemplary Conduct. In total there were over 150 recognitions. Recipients of Varsity and JV awards were also recognized. Cadet of the semester was announced for each Naval Science for Level 1 through Level 4. Members of teams who earned letter awards were called up to receive them.

The changing of the cadet staff was held. Cadet Jacob Torrez assumed Commanding Officer from Cadet Steffie Nielsen. Cadet Torrez announced the remainder of the staff positions and his spoke of his vision for the unit during his upcoming tenure. The evening concluded with a slide show of many of the unit activities from the past school year. Shumaker congratulated the unit on all their achievements especially their Distinguished Unit designation and challenged the unit and the community to continue the quest for excellence for the unit in the future. 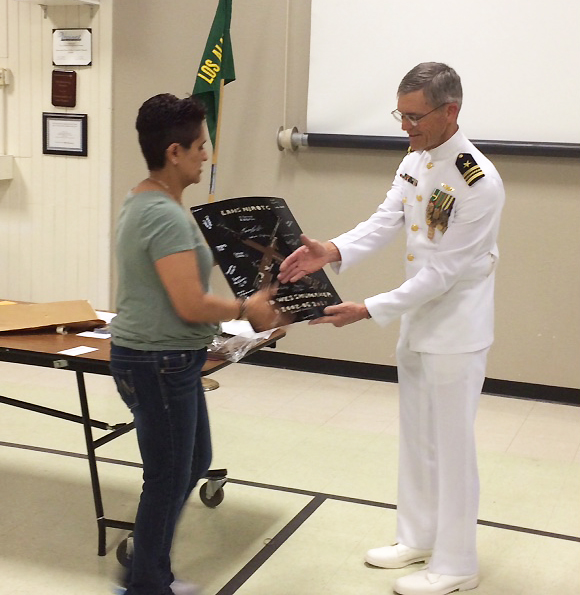 NJROTC Boosters President Tabitha Estrada presents a gift to from the cadets to LCDR Wes Shumaker at the NJROTC Awards Ceremony. Photo by Maire O’Neill/ladailypost.com 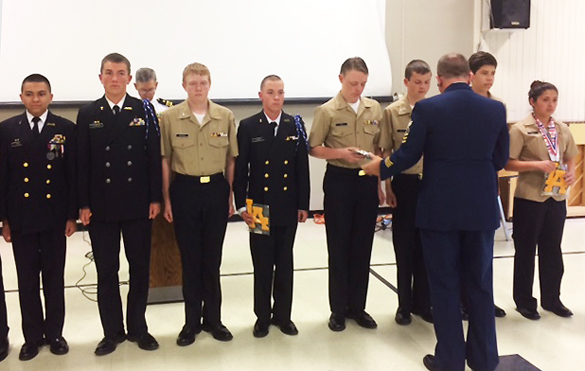 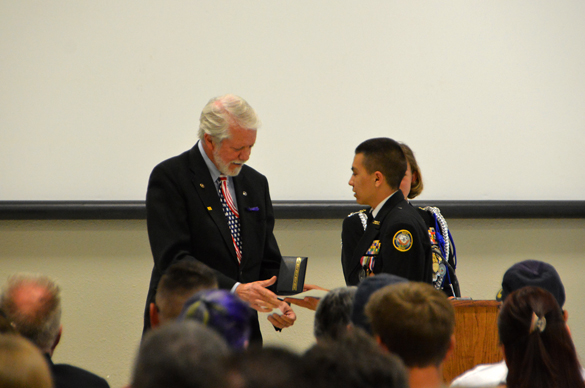 Jim Nesmith presents an award from The Navy League of the United States to Cadet Andres Vigil at the NJROTC Spring Awards Ceremony. Photo by Maire O’Neill/ladailypost.com 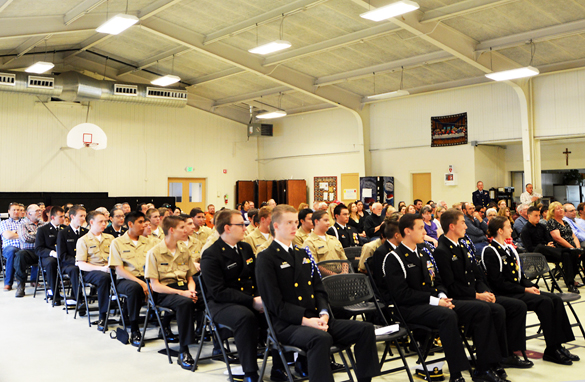 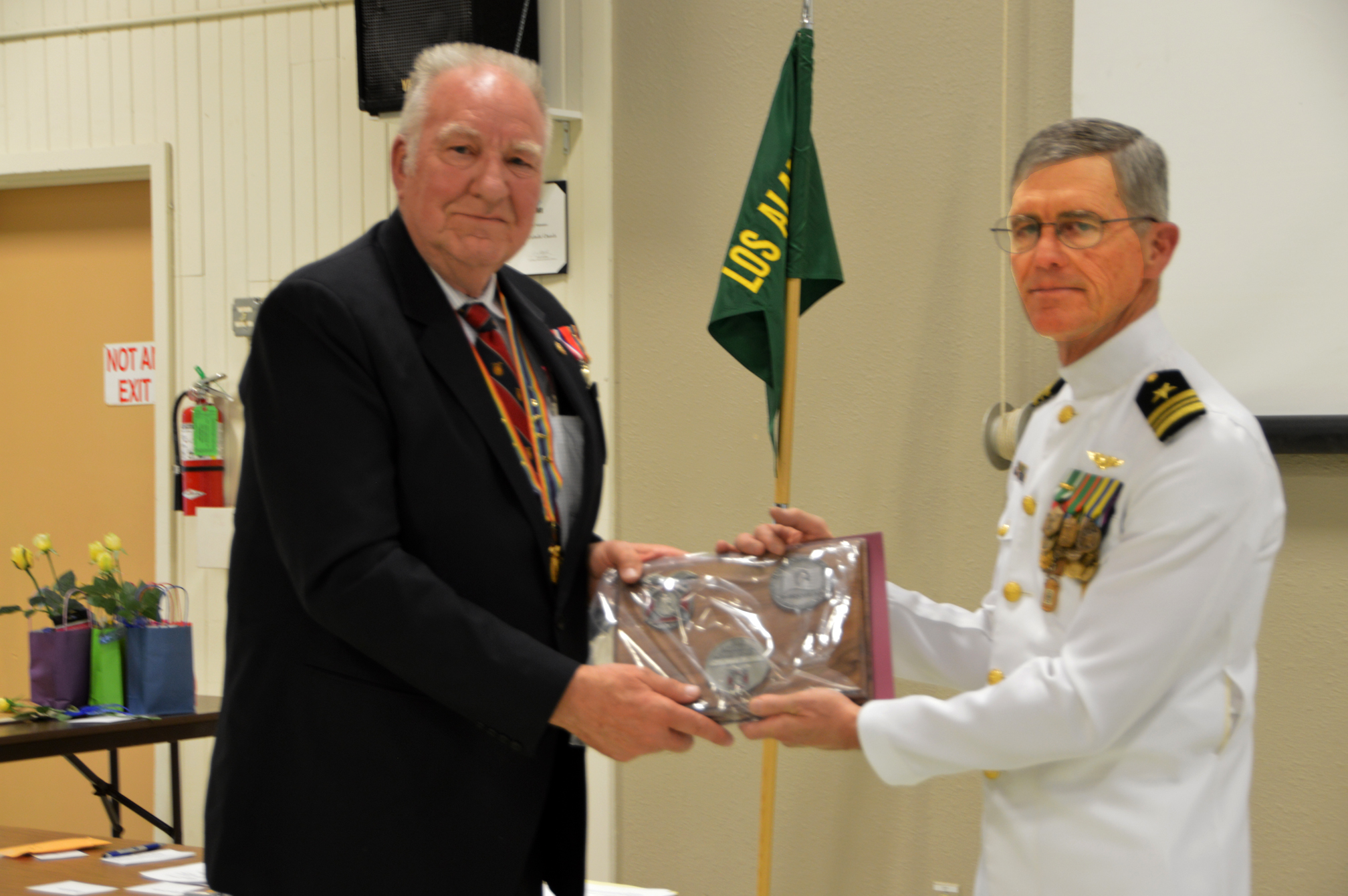 Gregg Geisler of the Military Order of the World Wars presents an award to LCDR Wes Shumaker in recognition of his 15 years of service to the LAHS NJROTC unit. Photo by Carol Clark/ladailypost.com 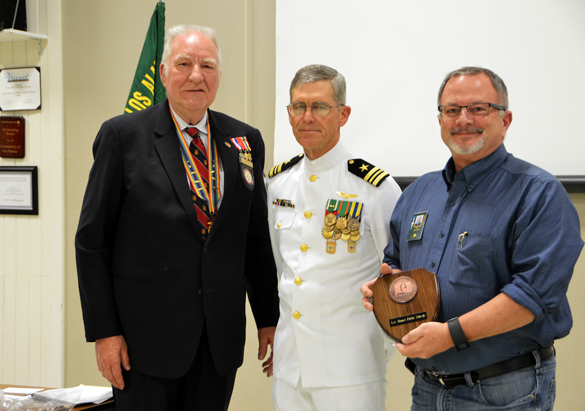