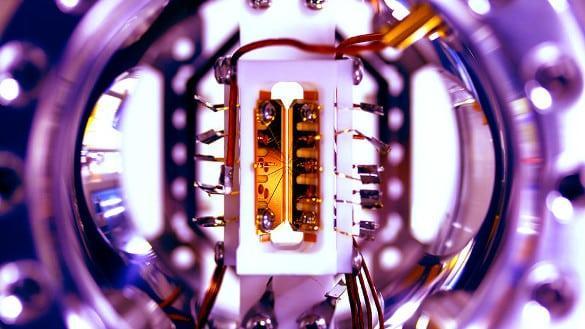 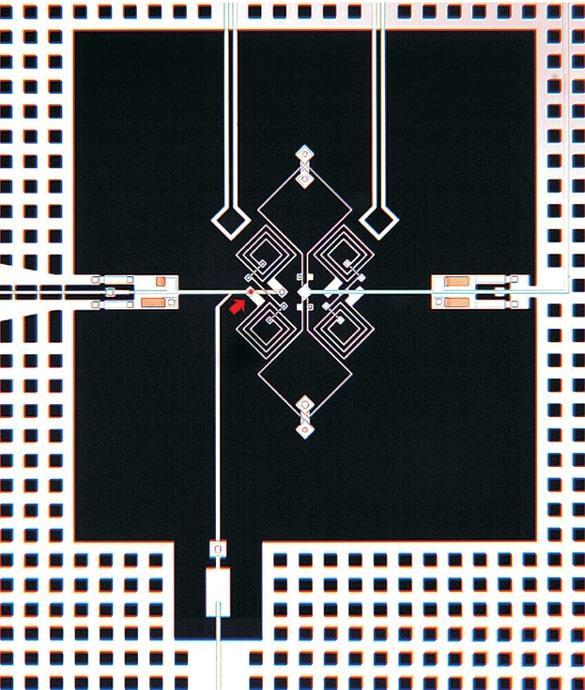 An ‘artificial atom’ is made with a superconducting circuit. The red arrow points to the heart of the qubit – the Josephson junction that can represent a 0, 1, or both values at once. Courtesy/R. Simmonds/NIST 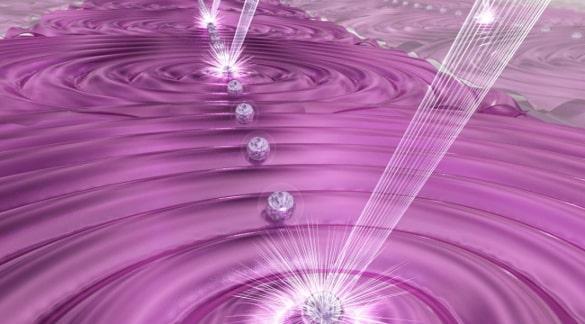 Artist’s depiction of quantum simulation. Lasers manipulate an array of over 50 atomic qubits in order to study the dynamics of quantum magnetism. Courtesy/E. Edwards/JQI 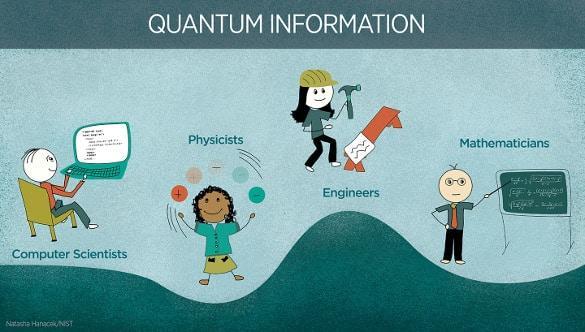