Newton: Ariadne Is A Triumph 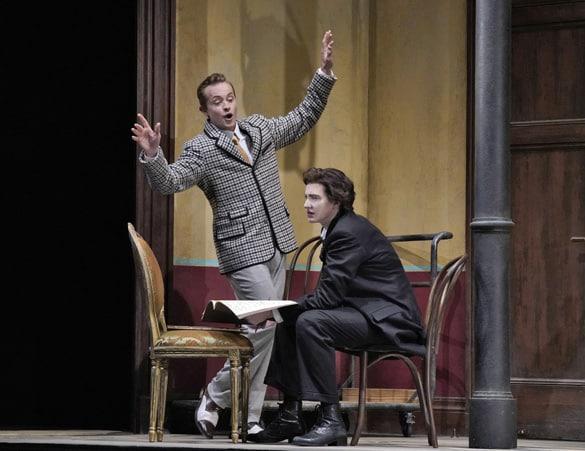 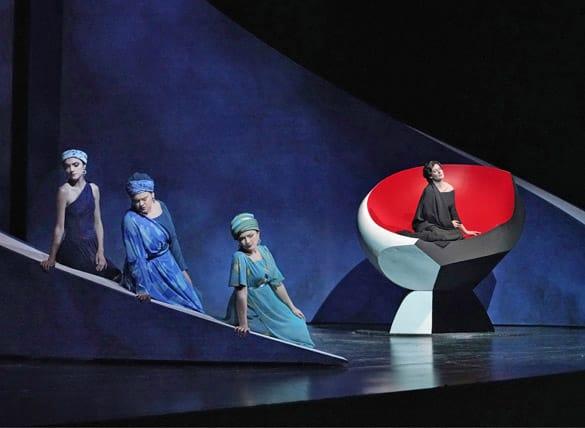 In May 2017 I wished that the 2018 Season would include Ariadne, and then came the announcement that it would. I had seen Ariadne in 1990 and 1999 when John Crosby was the General Director. I credit Crosby with my love for Richard Strauss operas.

Ariadne is quite different from Strauss’ other operas in that it was written for a chamber orchestra. On opening night l was thrilled with the opening strains of the prelude of bassoons, horns and tympani along with the strings. Strauss used a harmonium and piano to great effect during the evening, and Maestro James Gaffigan in his company debut was masterful, as I told him backstage after the performance.

Ariadne is a two part-work, the opening part is the Prologue, which takes place in a lower level of the mansion of the richest man in Vienna, who is never seen. The second part, known as the Opera, is performed by most of the personae in the Prologue, with the addition of the trio of nymphs who are Ariadne’s only companions on the Naxos desert island. Sixty years ago my mother was Najade (the high soprano) in a concert performance in Madison.

The drama of the work commences when the Music Teacher (baritone Rod Gilfry) confronts the Majordomo (Kevin Burdette in the speaking role) over the teacher’s protégé the Composer (Amanda Majeski in the trouser role).

The opera to be performed was thought of by the Composer to be a serious work about the demi-god Ariadne whose lover Theseus abandoned her on the desert island Naxos. When she learns that a comedy troupe is also performing for the guests that evening he is outraged. Ordinarily the Composer only appears in the Prologue, but Albery has a trick up his sleeve at the end of the Opera.

Zerbinetta (Liv Redpath) the high soprano that leads the comedy troupe coquettishly wins the favor of the Composer and so the notion that music and love are the two wings of the soul almost prevails. However, in a coup de theatre the Major Domo announces that the Composer’s opera and the comedy troupe are to perform simultaneously. The Composer is horrified and wishes his opera to be withdrawn.

Another major factor for this production exceeding my wishes is Tim Albery’s direction and the use of his English translation. The Prologue is entirely in English, and English is used in the Opera whenever the comedy troupe responds to one another. Albery is fluent in German and his translation is superb for capturing the prosody and elisions for the vocal artistry.

Amanda Echalaz is the Prima Donna in the Prologue and Ariadne in the Opera. Not only does she gloriously inhabit the roles vocally, but as Ariadne she has the phenotype of a Greek patrician as well.

Albery’s scenic and costume designer is Tobias Hoheisel, and rather than having the comedy troupe in colorful clown costumes per usual, they are smartly dressed in look-alike gray and black-and-white stripes. I infer that anybody can be the buffoon without greasepaint and dressing as such, and so it pokes fun at life as we know it. Their movements choreographed by Kyle Lang are always sources of laughter.

I am of the opinion that this production is a great post-mortem tribute to John Crosby. Crosby programmed Ariadne for his first season in 1957, and also six American Premieres of Strauss operas during his tenure. In 1992 he received the German Order of Merit.

Looking beyond this season, I’m so pleased with Charles MacKay’s 2019 season, and wonder what he also had penciled in for 2020. In 2019 Shawna Lucey will return to direct the late Lee Blakely’s Pearl Fishers, and Mary Birnbaum will have her company debut directing La Bohème. Also there will be a World Premiere and Renée Fleming’s company debut. 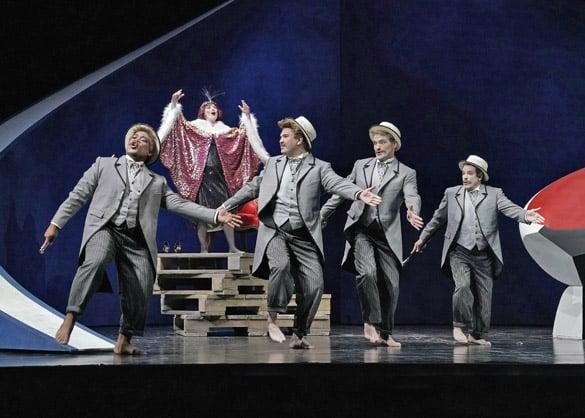 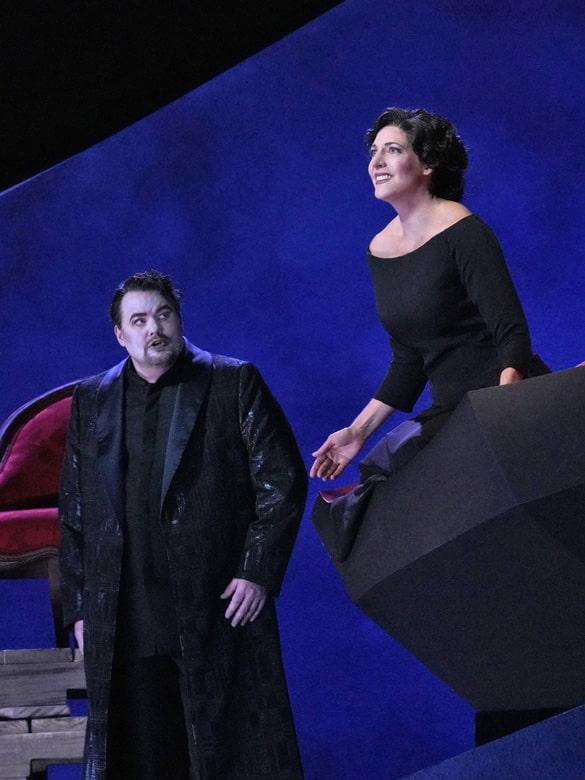