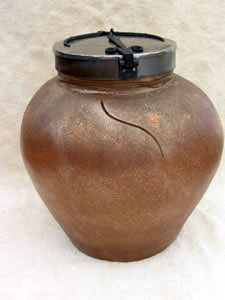 The Histories of Chocolate, Mate y Más opens Dec. 9 and runs through Jan. 4, 2014 in the Hispanic Heritage Wing at the Museum of International Folk Art.

This exhibition will tell the tale of the earliest cultural mestizaje (mixing) to take place in the Americas through food. The exhibition will highlight foods that originated in the New World and foods that were brought over from Europe via Spain and Asia via the Spanish Manila Galleons.

Several special sections in the exhibition highlight specific food items. Two of these are chocolate and maté.

The exhibition traces the origins of these two popular drinks, how they rose to popularity during the colonial period, and how they were introduced into European society and culture, and how they have become a strong component of popular culture today.

More than 300 objects related to food harvesting, preparation, table settings, kitchen items and utilitarian and decorative implements will be highlighted to illustrate the rich culinary traditions of the Americas.

New World Cuisine explores how foods around the world developed from mixing the old and the new, and how many of the tastiest dishes and desserts came to be associated with New Mexico.

The mixing of peoples and foods—the fusion of cultures and traditions referred to as mestizaje—began in August 1598. It was then that Juan de Oñate’s 500-strong expedition of soldiers, families, and Franciscan friars settled in New Mexico on the fertile and irrigated farmland of the Tewa Pueblos of Yungue and Okhay, located at the confluence of the Chama and Rio Grande Rivers.

But the ingredients for change were tossed into the melting pot a century before by Christopher Columbus when foods from the Old World were mixed with those of the new and brought improvements from farm to table.

The Old World gained new staple crops, including potatoes, sweet potatoes, maize, and cassava. Tomatoes, chili peppers, cacao, peanuts, and pineapples also were introduced, and some became culinary centerpieces in many Old World countries: the tomato in Mediterranean countries Italy, Greece, and Spain; the chili pepper in India, Korea, Thailand, and China, via the Philippines; and paprika made from chili peppers, in Hungary.

Because the New World’s vast and unpopulated fertile land was well suited for cultivating the same crops in high demand in Old World markets, the Americas became the main global supplier. Moreover, the increased supplies lowered prices for commodities such as sugar, coffee, soybeans, oranges, and bananas making them affordable for the first time to the general population.

Historian Alfred Crosby notes that by planting “American” crops the Old World farmer was able to produce food from soils that prior to 1492 grew little. Crosby even posits that the seeds of exchange created enormous wealth in the Old World and improved nutrition resulting in a population explosion, and eventually fueled the Industrial Revolution.

To be sure, farming techniques were traded from one world to the other, with farmers from both developing a mutual appreciation for those that proved successful in weather and soil, good or bad.

And while crops and cuisines changed in the Old World, Franciscan monks in the new furthered culinary and cultural fusion. From the fruits of New World farmers’ labors, mission kitchens became “laboratories” where indigenous squash, corn, and beans were taste-tested with the Spanish meats, dairy, and spices to create many of the foods enjoyed to this day.

On view will be more than 300 objects objects from the museum’s vast collection of historical culinary items related to food harvesting, preparation, table settings, and utilitarian and decorative implements.

All provide insight into the importance placed on crafting exquisite food vessels and implements—and that you are what you eat with.

“It’s such a fabulous history,” curator Nicolasa Chávez said. “We’re borrowing one tiny pottery sherd from Chaco Canyon that was tested for theobroma (chocolate’s scientific name). I wanted that in the exhibit to really bring home to New Mexico that we’ve had a 1,000-year-old love affair with chocolate.”

The exhibition, which remains open through January 2014, is about cultural heritage, nourishment, and regeneration—perfect subjects to begin a New Year.

Days/Times: Tuesday through Sunday, 10:00 a.m.-5:00 p.m. Between Memorial Day and Labor Day the Museum is open 7 days a week, including Mondays.

Admission: Adult single-museum admission is $6 for New Mexico residents, $9 for nonresidents; OR $15 for one-day pass to two museums of your choice (Museum of Indian Arts and Culture, Museum of International Folk Art, New Mexico Museum of Art, and New Mexico History Museum/Palace of the Governors) OR $20 four-day pass to the four museums listed above. Youth 16 and under, Foundation Members, and New Mexico Veterans with 50% or more disability always free.

Field Trips There is no charge for educational groups attending the museum with their instructor and/or adult chaperones. Contact the Tours office by phone at (505) 476-1140 or (505) 476-1211 to arrange class/group visits to the Museum.