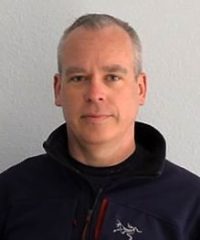 SANTA FE — A nationally leading rule over the oil and gas industry that will cut harmful air emissions by 260 million pounds is now state law – a fulfillment of one of Gov. Michelle Lujan Grisham’s first commitments made in office.

The rule, which was developed with input from more than 520 stakeholders representing industry, environmental groups and the public, was published in the state register this week.

The new rule embraces innovation and is more protective of public health and the environment than current federal requirements, enabling New Mexico to lead the nation and serve as a model in smart regulation.

The new rule allows industry to develop and use cutting-edge technology, including hydrogen fuel cells which convert air emissions to electricity, instead of the wasteful practice of flaring. By embracing innovation, the state is spurring service companies to expand business opportunities in New Mexico, including those that use satellites, air ships, drones, and fence-line monitoring to find equipment leaks.

“One of my first acts in office was to direct the state to come up with the best rules in the country, reducing wasted resources, cutting methane emissions that warm our climate, and making the air safer for all of us to breathe,” Gov. Lujan Grisham said. “Today, we are checking that commitment off the list, and a healthier environment and more responsible industry will follow.”

“As of August 5th, the oil and gas industry must comply with various requirements of this rule,” said Environment Department Secretary James Kenney. “The Environment Department will begin its compliance assurance activities with this rule shortly thereafter. Now is the time for oil and gas companies to audit their operations, ensure compliance and disclose any potential violations.”

For the first time and through the new rule, all oil and gas operators must check emission rates and have those calculations certified by a qualified engineer, perform monthly checks for leaks and fix them within 15 days, and maintain records to demonstrate continuous compliance.

“These standards represent historic progress for the health and safety of communities across New Mexico. Gov. Lujan Grisham’s administration is showing the ambition needed to reduce oil and gas pollution, increase energy security, protect public health and tackle the climate crisis,” said Jon Goldstein, senior director of Regulatory and Legislative Affairs with the Environmental Defense Fund. “The Environment Department’s rules, which address outsized emissions from smaller, leak-prone wells and protect those living closest to development with more frequent inspections to find and fix leaks, offer a powerful example for the EPA to build on as it advances nationwide methane protections.”

The new rule also allows the Environment Department to use credible evidence or information provided to the department by a third party when establishing whether an oil and gas operator is violating the law.