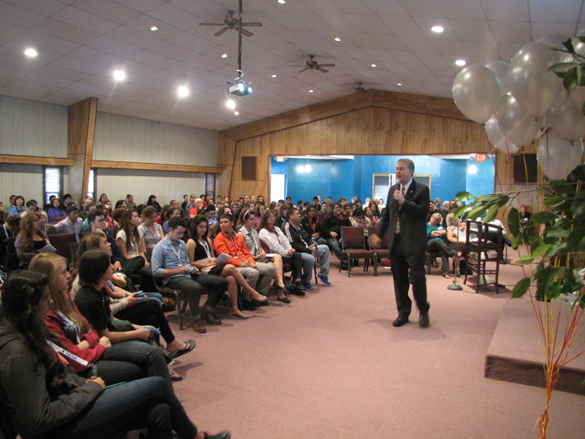 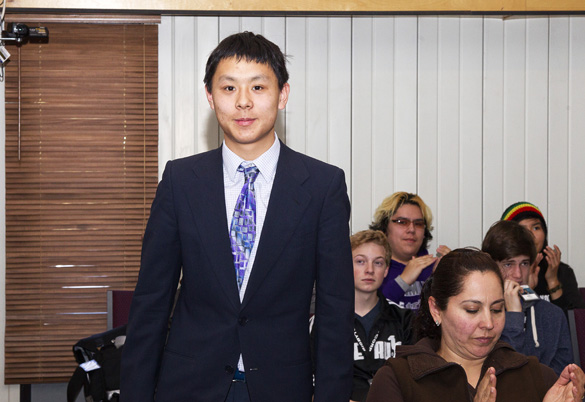 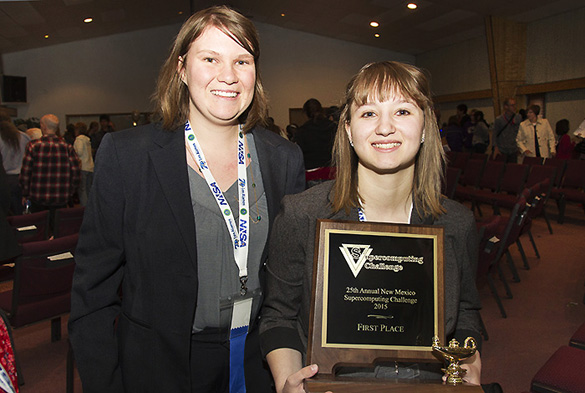 Their project, which posited that using nanotechnology robots can kill cancer cells without damaging healthy cells, also won several other awards in the challenge.

“The goal of the yearlong event is to teach student teams how to use powerful computers to analyze, model and solve real-world problems,” said David Kratzer of Los Alamos’ High Performance Computer Systems group, and executive director of the Supercomputing Challenge. “Participating students improve their understanding of technology by developing skills in scientific inquiry, modeling, computing, communications and teamwork.”

The Albuquerque Academy trio of Carl Cherne, Mark Swiler and Jason Watlington took second place for their research, “Population Fluctuation in Ecosystems,” which studied interactions between organisms and answers the question of how wild animal populations fluctuate.

For a quarter century the challenge has:

The Supercomputing Challenge is open to any New Mexico high-school, middle-school or elementary-school student. More than 240 students representing 64teams from schools around the state spent the school year researching scientific problems, developing sophisticated computer programs, and learning about computer science with mentors from the state’s national laboratories and other organizations. All the finalist teams received plaques for their schools, a large banner suitable for hanging at their schools and other gifts.

More than $30,000 in individual scholarships were awarded at the Supercomputing Challenge Awards Expo on Tuesday, including $10,000 from an anonymous donor. Many other awards range from random $100 gifts for finishing the academic marathon to teamwork, research, logo design for next year’s challenge and teacher appreciations.

Founded in 1990, the New Mexico Supercomputing Challenge is a nonprofit educational organization that sponsors an annual computational science competition for middle- and high-school students in New Mexico.

Since its inception, the Supercomputing Challenge has engaged more than 10,000 New Mexico students in computational science projects that prepare them for future endeavors in many science and high-technology fields. Past participants have succeeded in private industry and national laboratories. Major funding for the Supercomputing Challenge comes from national laboratories, local and national businesses and individual donors.

See a participation map at http://supercomputingchallenge.org/map.shtml for an effective visualization of the statewide program. 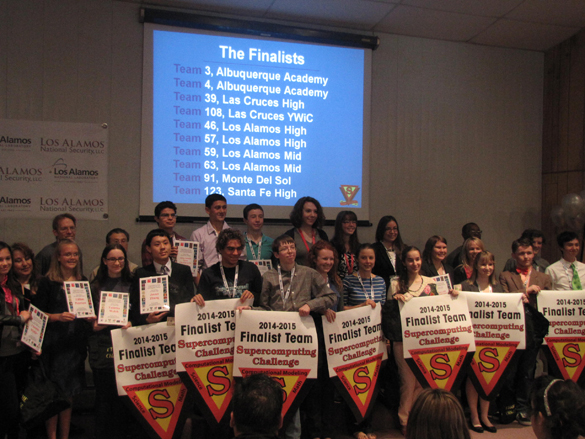 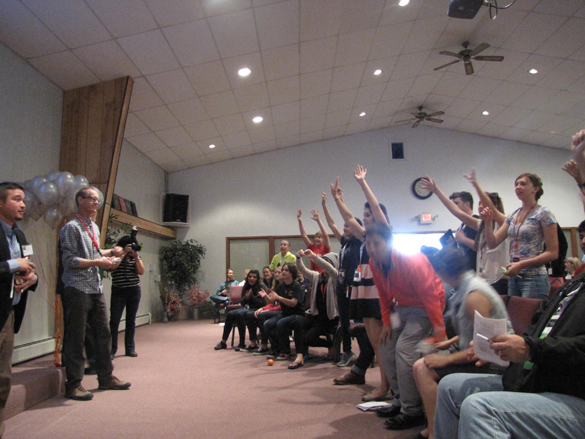 Small prizes are tossed to the crowd. Photo by Chris Clark/ladailypost.com 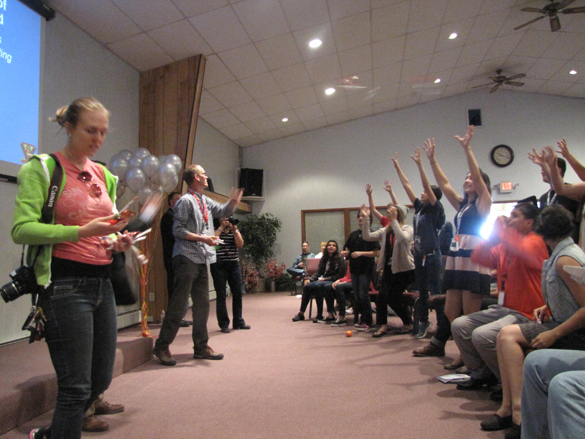 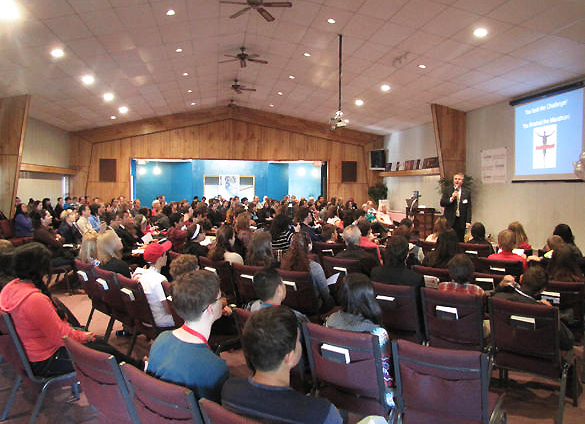 Scene from this morning’s awards ceremony at the Church of Christ. Photo by Chris Clark/ladaily.com