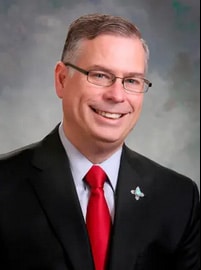 In the wake of unresolved complaints of sexual harassment against Sen. Daniel Ivey-Soto, Senate Pro Tem Mimi Stewart has removed Sen. Ivey-Soto from his position as chair of the New Mexico Finance Authority interim committee. Sen. Nancy Rodriguez will be the new committee chair.

“Given the scope and nature of the allegations levied against Sen. Ivey-Soto, it would be inappropriate for him to remain in a position of authority until the allegations are fully, fairly, and transparently resolved,” Sen. Stewart. said “Our committees must be functioning at their very best. Members should feel comfortable working with their committee leaders, as should the public and all those who interact with them.”

Public criticism of the Interim Ethics Committee’s failure to resolve the allegations of sexual harassment, which Sen. Ivey-Soto described as “indefinitely suspended”, underscores how broken the present process is.

Legislators have an obligation to ensure that victims of sexual harassment have an appropriate venue to have their complaints truly resolved, and in a timely and transparent fashion. Sen. Stewart intends to work with her colleagues to revise the Legislature’s sexual harassment policies and laws and fashion a complaint process that is equitable and fair to everyone involved.

To that end, revisions to the process should eliminate the opportunity for an accused harasser to control the flow of information concerning a complaint against them, which is fundamentally unfair to complainants and the public.

Key to revising the sexual harassment complaint system in the Legislature is to foster an atmosphere of safety and mutual respect. Sen. Stewart is working to tear down barriers that have too often kept victims of sexual harassment from reporting on their abusers.

“We need to ensure that everyone in the Roundhouse – whether they are visiting members of the public, lobbyists, staff, or Legislators themselves – feels safe to come forward and report instances of inappropriate sexual conduct,” Sen. Stewart said. “I want victims of sexual harassment to know that they will be heard and treated with respect throughout the process, even if the allegation is against a sitting Legislator.”