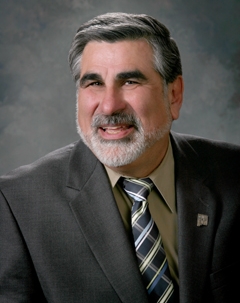 SANTA FE—House Majority Floor Leader Rick Miera has announced he will not seek reelection as the New Mexico State Rep. in Dist. 11 (the downtown corridor of Albuquerque) – a position he has held for the last 24 years.

Miera says the decision was a difficult one since he has dedicated so much of his life to the legislative process, especially involving the issues of educational equity, juvenile justice and health care access issues. However, he feels the time is right to pass the torch.

“I have made a difficult decision to step down from State Representative District 11, providing an opportunity for a new generation of community leaders to come forward and represent the neighborhoods and families of District 11 as I have for the last 24 years,” Miera said. “I am grateful to my constituents who have placed their trust in me, and during the remainder of my term I will continue to look out for their best interests.”

Miera chose to wait until after the legislative session to make his announcement, so he could focus on his role as Majority Leader and champion educational issues and job creation opportunities.

“Rep. Miera has been a stalwart supporter of education and now as Majority Floor Leader – my right hand person and a leader of the House Democrats,” said Speaker of the House W. Ken Martinez, D-Bernalillo, Cibola, McKinley, San Juan, Socorro, Valencia. “He will surely be missed, but we wish him all the best in his decision to spend more time with his family. Rick has assured me that he will still be engaged in helping not just House Democrats, but all New Mexicans — which is typical of Rick Miera. Rick Miera is always there for us.”

Miera will serve until Dec. 31.