On display at the NMHM is the Mercury Space Capsule 12B, created as a backup for the Mercury missions and on loan from the Smithsonian Institution’s National Air and Space Museum. Courtesy/NASA 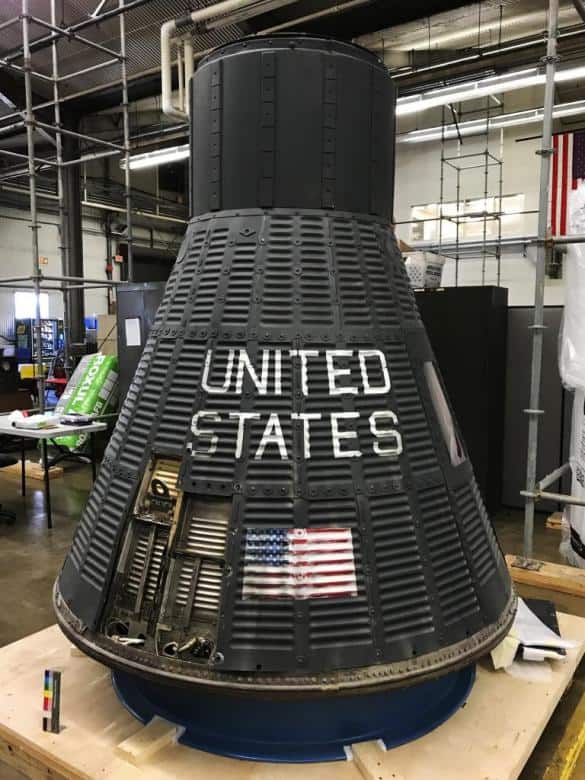 SANTA FE – Northern New Mexico residents have a rare opportunity to celebrate the 50th anniversary of the Apollo Moon landing with a temporary exhibit at the New Mexico History Museum (NMHM) in Santa Fe through Oct. 20.

NMHM hosts “A Walk on the Moon: The 50th Anniversary of the Apollo Moon Landing” as part of the worldwide celebration of our nation’s space history.

On display at the museum just off Santa Fe Plaza, is the Mercury Space Capsule 12B, created as a backup for the Mercury missions and on loan from the Smithsonian Institution’s National Air and Space Museum.

The capsule illustrates the preceding one-manned exploration missions that laid the groundwork for the Apollo 11 eight-day mission and the first moon landing. 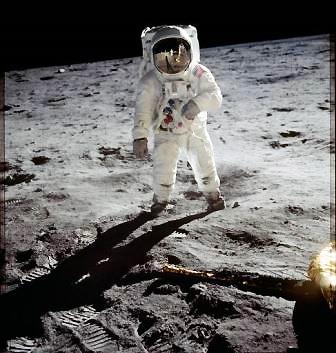 Collection of geological specimens for scientific research was a major objective of the American space program. On Wednesday, July 24, half a century after the Apollo 11’s safe return to Earth—the History Museum’s exhibit will be expanded to include five small moon rocks and a New Mexico state flag that flew to the moon.

All of these treasures will be on display in Santa Fe through Oct. 20. In an effort to make them accessible to more people across the state, they will then be transferred to the world-class New Mexico Museum of Space History (NMMSH) in Alamogordo.

Anyone interested in learning more about New Mexico’s role in space exploration is encouraged to visit the New Mexico Museum of Space.

Over the years many states and foreign countries have lost their Moon rocks, (https://www.space.com/22108-states-missing-apollo-moon-rocks.html) https://www.bbc.com/news/magazine-16909592).

About the New Mexico History Museum and Palace of the Governors National Historic Landmark: http://www.nmhistorymuseum.org

Opened in May 2009, as the state system’s newest museum, the New Mexico History Museum at 113 Lincoln Ave. in Santa Feis open 10 a.m. to 5 p.m. daily, May through October; closed Mondays November through April. The NMHM is attached to the Palace of the Governors National Historic Landmark, a distinctive emblem of U.S. history and the original seat of New Mexico government. The History Museum serves as an anchor of the campus that includes Palace of the Governors, the Palace Press, the Fray Angelico Chavez History Library, and Photo Archives. The Museum presents exhibitions and public programs that interpret historical events and reflect on the wide range of New Mexico historical experiences and serves as a history center for research, education and lifelong learning, delivering quality programs that encourage knowledge, understanding and appreciation of New Mexico’s diverse cultures.