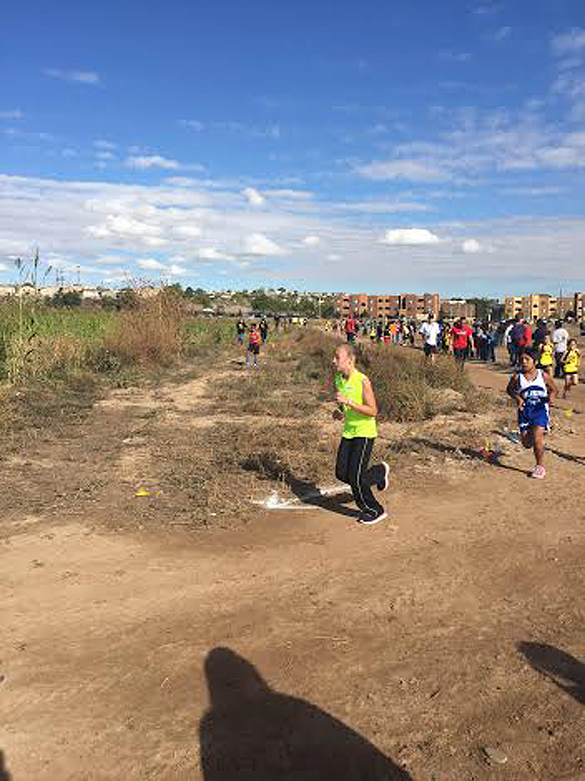 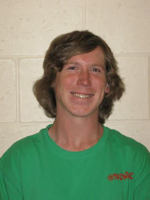 General Leslie Groves walks across the Trinity Site in September 1945, 45 days after the first nuclear bomb was tested there. Courtesy/Historical AP News Features Photo
NMHM News:
SANTA FE ― The New Mexico History Museum and the Santa Fe Opera will each feature presentations exploring New Mexico’s Atomic Histories during 2018 and 2019.
The History Museum’s Atomic Histories exhibition opens June 3, 2018 and runs through May 2019. The exhibition will highlight American artist Meridel Rubenstein’s artwork including two photo/video/glass/steel installations from the traveling exhibition Critical Mass (1993-97) and Oppenheimer’s Chair (1995) commissioned by the first SITE Santa Fe Biennial to commemorate the 50th anniversary of the first atomic test.
“To enhance understanding of the legacy of the Manhattan Project, the New Mexico History Museum is developing an interpretive exploration of our state’s atomic history,” said Andrew Wulf, executive director of the New Mexico History Museum.
“Through our extensive collaboration with the Los Alamos History Museum, the Atomic Heritage Foundation, the Santa Fe Opera, Los Alamos’ Bradbury Science Museum and the National Museum of Nuclear Science and History,  the New Mexico History Museum will exhibit a wide variety of resources to tell our state’s nuclear story,” Melanie LaBorwit, Museum Educator said.
“At different stations on the museum’s second floor Gathering Space, visitors will learn about the Science of Radioactivity, the Places in New Mexico that contributed to the Manhattan Project, and the People who participated in the World War II effort,” Wulf explained. “Visitors will be able to map the arrival of scientists in Lamy, their stops in Santa Fe, the building of the city of Los Alamos, the workers from northern Hispanic villages and Pueblos, contemplate the impact of the nuclear test in nearby Tularosa and Alamogordo, downwind from the Trinity site, as well as the post war uranium mining initiatives near Grants. “
Also during the summer of 2018, the New Mexico History Museum will host the second annual Tech and the West Symposium. In partnership with the Santa Fe Opera, Tech and the West is a two-year initiative which presented the 2017 world premiere of The (R)evolution of Steve Jobs and the 2018 production of Doctor Atomic.
First performed in 2005, Doctor Atomic reunited composer John Adams with librettist/stage director Peter Sellars, whose earlier collaborations include Nixon in China and The Death of Klinghoffer. This new production staged by Sellars, also marks the first John Adams work performed by The Santa Fe Opera.
Continuing the Santa Fe Opera’s commitment to engaging community and broadening the experience and understanding of opera, Tech and the West uses the themes of these productions as the baseline for an intellectual exploration through exhibits, concerts, and symposia. Many minds will come together for Tech and the West to facilitate and participate in discussions – composers, scientists, designers, directors, historians, and lecturers, among others.
Events will explore how and if these two operas of biographically-inspired fiction contribute to the historical truth. Participants will also analyze the similar nature of Steve Jobs and Robert Oppenheimer: how these two monumental influencers wanted control of their worlds and creations yet also desired a greater understanding of the world around them.
Doctor Atomic takes place during June and July 1945, leading up to the detonation of the first atomic bomb at the Trinity Site outside Alamogordo. The text is a mosaic drawn from declassified government documents, participant letters and interviews, poetry by Baudelaire and Muriel Rukeyser, John Donne’s “Holy Sonnets,” the Hindu Bhaghavad Gītā, and a hauntingly prophetic Native American song. John Adams describes his inspiration for the score as “the science-fiction movie music of the 1950s, which I watched as a little kid on black and white television. I remember how many started with some nuclear test in the desert…and the kind of fear that I felt growing up in the 1950s and 60s.”
In reviewing Doctor Atomic, the San Francisco Chronicle wrote, ‘Doctor Atomic stands as a major addition to the operatic repertory of this new century, the first to be inaugurated with the specter of instant death very much around us.”
MERIDEL RUBENSTEIN began her professional career in the early 1970s, evolving from photographer of single photographic images to artist of extended works and multi-media installations. From the beginning her art making has argued for an awareness of how we are connected to place. Her works are known for their unusual combinations of materials and ideas. Cultural critic Rebecca Solnit describes Rubenstein as ”a consummate maker of metaphors, an artist who can never talk about only one thing at a time, but speaks of things in relationship, of lives to landscapes, of corporeal location and homing in terms of labyrinths and minotaurs, of bombs in terms of other myths, of physicists in relationship to pueblos.” 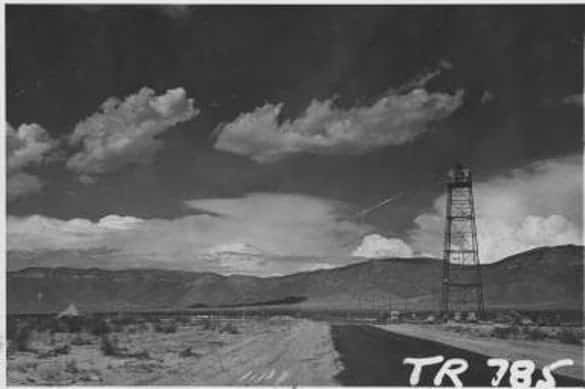