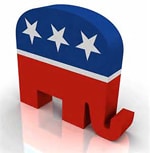 The lawsuit, filed in the Ninth Judicial District Court in Curry County, calls for declaratory and injunctive relief in the wake of illegal closures and fines imposed on New Mexico businesses. “The governor’s order has crushed thousands of small businesses and impacted constituents’ livelihoods.”

Under the Public Health Emergency Response Act, such $5,000 civil penalties only pertain to court-ordered isolation and quarantines of individuals and cannot be imposed by the executive branch of government. In addition, the Act  does not authorize the closing or workforce reduction of businesses. The governor has crossed the legal line here.

“This is unconstitutional. Gov. Lujan Grisham doesn’t have the executive power to threaten and fine establishments under the law. Her actions are devastating our economy and killing locally owned businesses in our state,” said Republican Party of New Mexico Chairman Steve Pearce. “There’s been no common sense and no equity in the governor’s order, and innocent business owners are being threatened, feeling the financial pain and losing their livelihoods.”

“The governor cannot take this dictatorial approach and make up laws,” said New Mexico Republican House Leader Jim Townsend. “Her unfair and unjust actions have killed our economy. She’s taking liberties with these fines, and you cannot treat citizens like this. These illegal fines will make even more businesses go under at a time when the state is really sinking.”