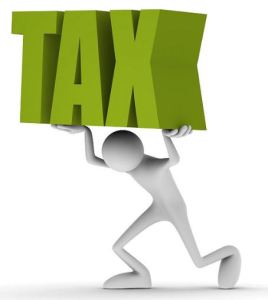 In the annual rankings of business tax climates, New Mexico finishes 38th for the fourth year in a row. Image/Creative Commons

There hasn’t been much climate change in New Mexico — at least when it comes to the business tax climate.

For the fourth straight year, New Mexico finished 38th in national rankings compiled by the Tax Foundation, a pro-growth organization that compiles an annual list of states with the most business-friendly tax climates.

“New Mexico still has some problems,” said Scott Drenkard, economist and manager of state projects at the Tax Foundation, who co-authored the study. “The state taxes a lot of business inputs.”

That, Drenkard said, leads to “tax pyramiding” where taxes levied among businesses stack up on their way to consumers. “It’s going to increase costs in a non-transparent, very opaque way.”

But Drenkard thinks New Mexico’s rankings should improve after the Legislature pased and Gov. Susana Martinez signed a bill in 2013 that will eventually lower the state’s corporate income tax rate — which used to be highest among neighboring states — to 5.9 percent by 2018.

“That’s the good news,” Drenkard said in a telephone interview from his office in Washington, D.C. “We saw that tax reform as a pretty good one because it broadened the base and lowered rates.”

New Mexico actually finished first in the Tax Foundation’s rankings for property taxes and came in 10th in unemployment insurance tax, but the state was bogged down by poor rankings for sales tax (45th), corporate tax (35th) and individual income tax (35th).

“The goal of the index is to show people that tax structure really matters,” Drenkard said, “because you can really distort the economy and not collect a lot of money. Conversely, you can collect ample money and not distort the economy very much and it’s all about your tax base and your tax rates and whether you’re playing favorites with your tax code, credits and exclusions, etc.”

There are critics of the rankings by the Tax Foundation, which has often been identified as fiscally conservative.

Matt Gardner, executive director of the Institute on Taxation and Economic Policy, a D.C.-based think tank described by some as liberal, says the rankings are “arbitrary at best.”

“The unambiguous message sent by these rankings is simply ‘you should cut business taxes,’” Gardner wrote two days after the 2015 rankings came out, adding, “the report is attempting to evaluate taxes taken on their own, without evaluating the impact taxes have on vital public investments … At best, the report tells readers which states do the best job of pretending public investments don’t cost anything.”

For example, blue-state Oregon finished 12th in the 2015 rankings.

“They have relatively high income taxes and a relatively high tax burden generally,” Drenkard said. “But the taxes they have a pretty well structured and they go without a sales tax.”

“If you look at Louisiana’s total tax burden, it’s one of the lowest in the country. It’s 7.6 percent of the state income,” Drenkard said. “But the sales tax system in Louisiana is a total mess. The localities have the authority to set their own sales tax bases and collect their own sales taxes that is entirely divorced from the statewide sales tax.”

Here’s the states that finished in the top 10:

Click here to read the entire 76-page report from the Tax Foundation.