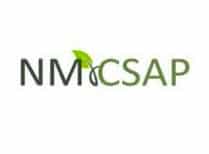 NMCSAP News:
The New Mexico Coalition of Sexual Assault Programs this week received a $40,000 grant from the Time’s Up Legal Defense Fund to help low-wage workers in New Mexico who face sexual harassment in the workplace.
The grant, one of 18 awarded around the country, will support NMCSAP’s ongoing work on sexual harassment. Specifically, the coalition is partnering with state and local organizations, including the Coalition to Stop Violence Against Native Women, the Transgender Resource Center of New Mexico, the New Mexico Asian Family Center, Arc of New Mexico, and Casa Forteleza (which provides therapy for Spanish-speaking survivors of sexual harassment) to offer support for survivors of sexual harassment, in addition to providing know-your-rights workshops and trainings.
“The past year has seen tremendous progress in how we talk about and address sexual harassment in the workplace,” said coalition executive director Kim Alaburda. “The New Mexico Coalition of Sexual Assault Programs is working to ensure that all workers–including low-wage workers, Spanish speakers and Native Americans–are able to see and feel the benefits of the #MeToo and #TimesUp movements in their workplaces. Every worker, regardless of income, should be safe from harassment while on the job.”
The TIME’S UP Legal Defense Fund, which is housed and administered by the National Women’s Law Center Fund, made this week’s grant awards to build on the fund’s commitment to supporting survivors of sexual harassment and retaliation across all industries.
The TIME’S UP Legal Defense Fund received more than 120 applications for these funds.
“We are thrilled to support organizations that are helping the most vulnerable workers fight back against sexual harassment,” said Fatima Goss Graves, co-founder of the TIME’S UP Legal Defense Fund and President and CEO of the National Women’s Law Center. “Sexual misconduct in the workplace has been allowed to thrive unchecked for too long—and low-wage workers and women of color have faced the brunt of this abuse and not known where to turn. The awardees’ inventive strategies to educate workers about their rights are key to combatting this scourge.”
Awardees were selected based on organizations’ community ties, planned outreach to low-wage workers in target populations, and demonstrated commitment to advocacy on behalf of workers’ rights. Each grant ranges from $35,000 – $50,000.
“The New Mexico Coalition of Sexual Assault programs is honored to receive this award,” Alaburda said. “The time has come to end sexual harassment for all workers.”
Menu
Los Alamos
39°
Partly Cloudy
7:03am4:51pm MST
Feels like: 37°F
Wind: 5mph W
Humidity: 48%
Pressure: 30.07"Hg
UV index: 0
WedThuFri
50/32°F
48/34°F
39/12°F
Weather forecast Los Alamos, New Mexico ▸