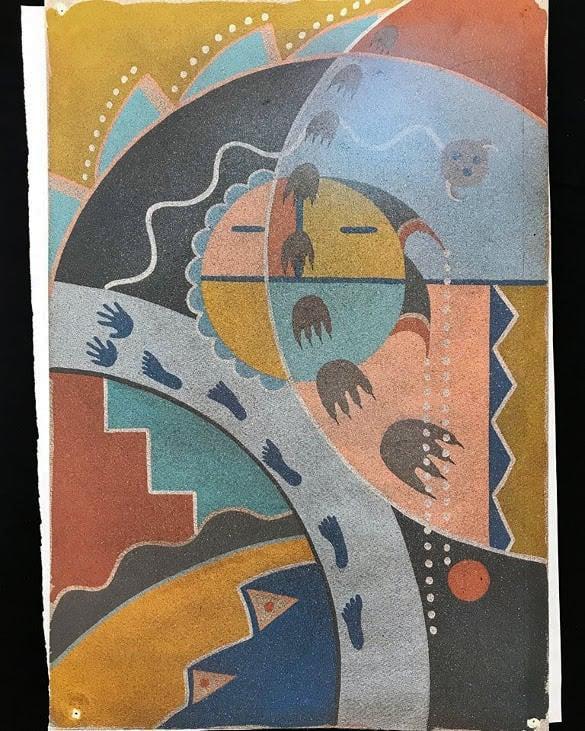 From the On a National Scale: Mary B. Rogers and the New American Indian Art exhibit. Courtesy photo 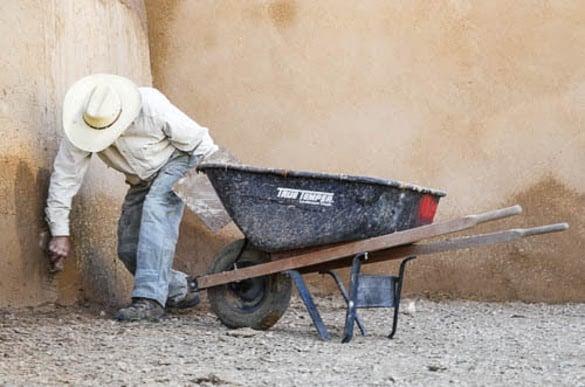 From the Earthen Temples, The Life of Adobe Churches exhibit. Courtesy/MRM 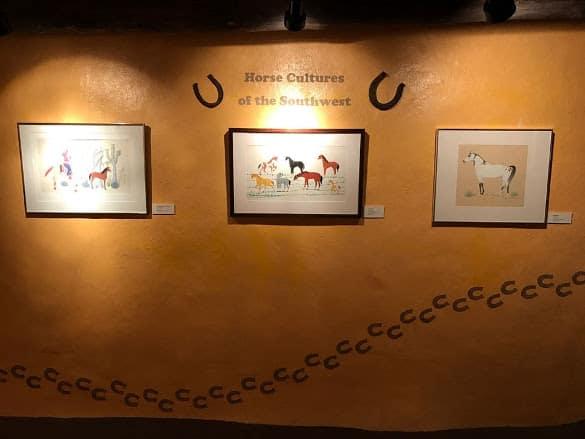 From the Horse Cultures of the Southwest exhibit. Courtesy/MRM
MRM News:
New exhibits at the Millicent Rogers Museum:
On a National Scale: Mary B. Rogers and the New American Indian Art – This new exhibit tells the story of Mary B. Rogers, Millicent Roger’s mother, and her advocacy for American Indian art. Shortly before Millicent Rogers’ untimely death, Mary B. Rogers worked tirelessly with former Santa Fe Indian School art instructor Dorothy Dunn to organize a major exhibit of paintings by contemporary American Indian artists.
In 1953, they succeeded, and a show of over 115 works by 59 different artists went on exhibit at the National Gallery in Washington, D.C. On a National Scale includes paintings from Millicent Rogers’ personal collection that were included in the show, works purchased for the Millicent Rogers Museum with the Mary B. Rogers fund for contemporary American Indian paintings, and archival materials that have never been exhibited.
Exhibition runs May 4, 2018 to April 22, 2019.
Earthen Temples, The Life of Adobe Churches – There is nothing like using your hands to heal the structure where you have been worshipping all your life. Earthen Temples, The Life of Adobe Churches is an exhibition that will share the story of how parish members come together to care for the adobe churches in their communities. The exhibition includes photographs of the enjarre (replastering) at San Francisco de Asis church in Ranchos de Taos by Rupert Chambers and photographs of the restoration of the San Antonio de Padua Church in Questa by Carrie Leven, as well as images and information of each church courtesy of the Taos News.
The story of the longevity of the adobe churches in New Mexico is a result of the faith, hard work and love that has sustained each community through the last 200 years.
Exhibition runs March 24 – June 24, 2018.
Horse Cultures of the Southwest – Horses have been a part of every aspect of life in the Southwest since the sixteenth century. They played an integral role in the entrada for the Spaniards and explorers. Native American tribes found the horses to be very useful and eventually necessary for survival. Horses are also a very important part of contemporary Native American and Hispanic ranching and farming life.
This exhibition features saddle blankets, paintings, beadwork, bridles, and other horse trappings from the collection that emphasize the significance of horses in the region.
Menu
Los Alamos
45°
Fair
7:10am5:24pm MST
Feels like: 39°F
Wind: 13mph SSE
Humidity: 27%
Pressure: 29.93"Hg
UV index: 1
TueWedThu
45/23°F
36/18°F
34/14°F
Weather forecast Los Alamos, New Mexico ▸