New CASA Volunteers Sworn In to Advocate for Children 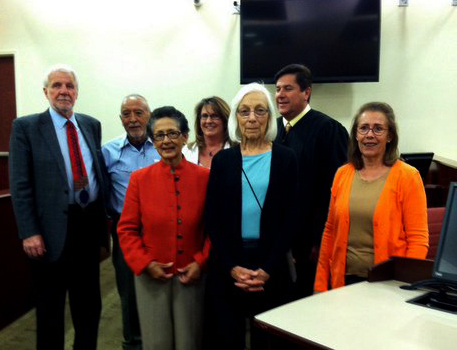 Family and friends gathered in the First District Court House in Santa Fe to watch the volunteers take an oath promising to advocate for the best interest of the child. 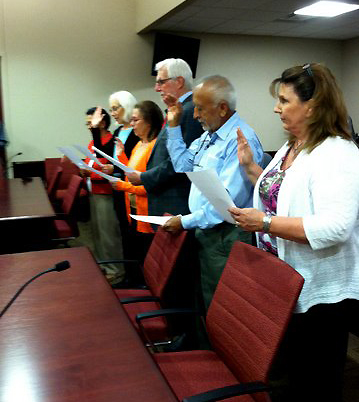 The newly appointed CASA volunteers join 21 other dedicated community members who have been trained and are advocating for foster children in the county’s juvenile dependency court system. As officers of the court, they ensure that the children’s needs are recognized and best interests are considered both in the courtroom and in the community.

CASA volunteers are asked to meet with the child regularly and are authorized to interview people in the child’s life such as social workers, attorneys and teachers. They attend court hearings with the child and report their findings to the judge.

“Our volunteers pledge to stay with each child until the case is closed, and the child is placed in a safe, permanent home,” said Suzanne Farley, director of the Court Appointed Special Advocate program in the First Judicial District serving Los Alamos, Santa Fe and Rio Arriba counties – www.casafirst.org. “The advocate is often the only consistent adult presence in the child’s life.”

There are no prerequisites for becoming a CASA volunteer other than being at least 21 years of age, clearing an extensive background screening and successfully completing 35 hours of training.

The next advocate training session for the First Judicial District begins in October. Anyone interested in learning more about becoming a CASA volunteer and the rewards that come along with serving as the voice of a child should contact Volunteer Coordinator Desiree Beltran at 505.820.1500 or Desiree@casafirst.org.

The CASA, First Judicial District program is a member of the National CASA Association, a network of more than 900 CASA programs serving children in 49 states and Washington, D.C.