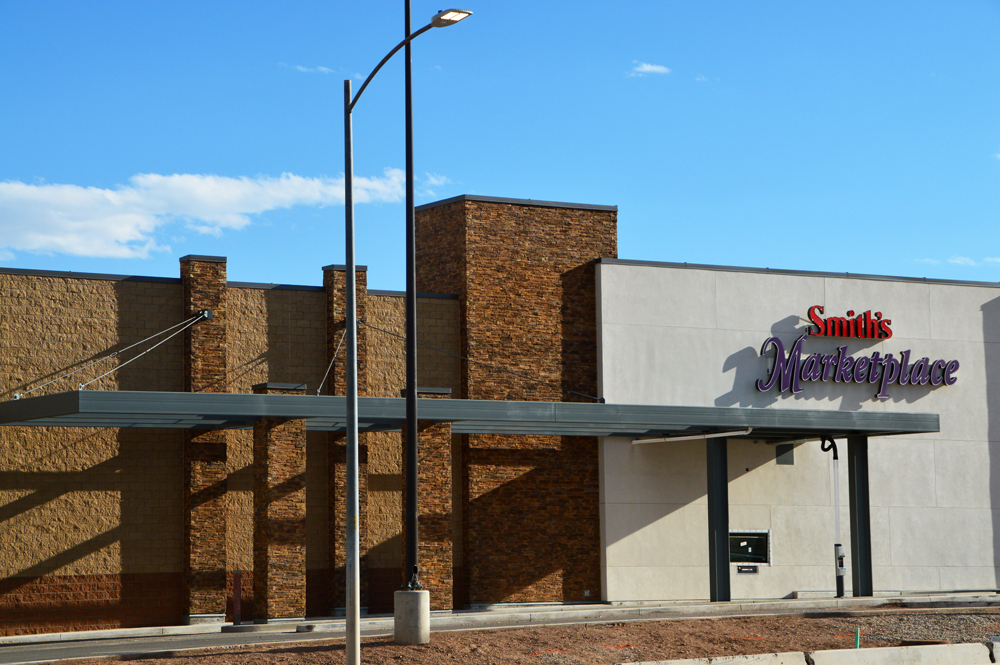 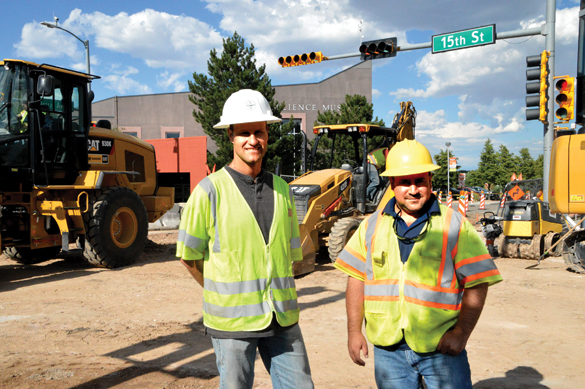 A critical point in the Central Avenue Improvements Project Phase 2 lies underground. The sewer line has partially collapsed beneath the New Mexico Bank & Trust Building, Subway and a portion of the Shannon Corporation building at 1247 Central Ave.

“We are installing a new 8-inch sewer line and basically building a new sewer trunk line on Central,” Public Works Project Manager Ernesto Gallegos said. “We’re not only abandoning and plugging the old sewer pipes, but also all of those old red-brick manholes. We’ll plug the sewer pipes and collapse and back-fill the old manholes. Any original brick manholes left in the project, on the upper and lower end, will be reconditioned with a polyurethane coating, which will extend their life another 50 or 60 years.”

Gallegos and County Engineer Eric Martinez briefed the Los Alamos Daily Post on the project during a meeting Tuesday in their office at the Municipal Building. The project got underway July 20, runs about a quarter of a mile from 15th Street to 9th Street in downtown Los Alamos and is scheduled for completion Oct. 28. Century Construction of Albuquerque is the contractor on this $2.2 million (with utilities) project. Century also completed Phase 1 in summer 2014.

“The community was definitely kept in mind in the planning of this project,” Martinez said. “We started the project after ScienceFest and we’re ending it before Halloween weekend. Ernesto planned the timeframe with a logical sequence of getting the work done but also providing access to businesses.”

He explained that to minimize the impact on area businesses, the project has been cut down the middle of the street with the right side under construction first when looking east.

A second piece of the sewer project, to accommodate commercial development on Central Avenue,  is scheduled to take place from Knecht to 9th Street during the Sept. 12 through Oct. 28 timeframe. There will be restrictions at various stages of the project and there will be a few times of full closure between Knecht and 15th but only at night,” Gallegos said. “During the day we will maintain two-way access.

“The work is going to be difficult but the entire intersection at 15th and Central should be completely open by Sept. 11,” Gallegos said, adding that the intersection will have a 31-foot diameter red and blue county logo in its center.

Asphalt will be removed and replaced with a full depth reconstruction, ADA ramp updates, pedestrian crossings at intersection to be more perpendicular, landscape and irrigation upgrade and improvements, and pedestrian and street light improvements. The street lights removed from Central are being refurbished with LED lights and painted gray to match the downtown theme, Martinez said.

“We start this improvement project from underground and work our way up,” Martinez said. “So once the sewer line is done we’ll move on to the roadway. A recent survey shows the pavement condition index between 15th and 9th is bad so that will be replaced. We also received a $50,000 grant from MainStreet for streetscape improvements.”

Department of Public Utilities Project Manager Clay Moseley met Wednesday afternoon with the Los Alamos Daily Post at the project site. He designed the sewer system. Gallegos designed and coordinated all of the roadway and traffic flow with Moseley’s sewer project design.

“This was a project that nobody wanted to take on because of its complexity as well as concern for the impact on local businesses,” Moseley said. “I really want to give credit to Ernesto and his team at the County Public Works Department for the amount of careful planning they put into this project; especially concerning traffic flow … they have really done an outstanding job.”

There is alternate access to all the businesses along the construction route, Gallegos said. There will be sandwich boards erected to direct people to every business.

“We made a commitment to minimize the impact to these businesses,” Gallegos said. “That’s why we are working at night and will work on the weekends if necessary to meet that Oct. 28 completion date.”

Century Club is working two crews on 10 hour shifts up to seven days a week, he said.

Martinez commended Gallegos for designing the project with Moseley and other utilities and public works staff.

“Ernesto and Clay and the others have worked together and done a great job designing this project with a lot of thoughtful care and also avoided the expense of contracting with an outside firm,” Martinez said.

Business owners are invited to attend any of the Public Works weekly project meetings in Room 200 at the Municipal Building; contact the Public Works Department at 505.662.8150 for meeting information or email lacpw@lacnm.us with questions or concerns. 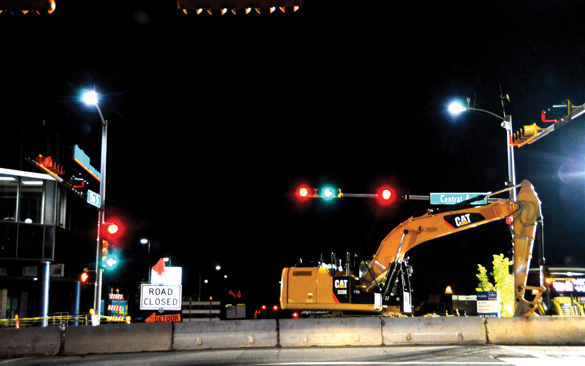 Night work continues on the Central Avenue Improvement project at 15th Street and Central Avenue to help meet the goal of an Oct. 28 completion date. Photo by Carol A. Clark/ladailypost.com