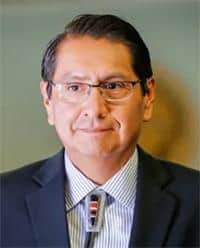 WASHINGTON, D.C. — Today, U.S. Sen. Tom Udall announced that Jonathan Nez, president of the Navajo Nation, will be Udall’s guest tonight at the 2019 State of the Union Address. 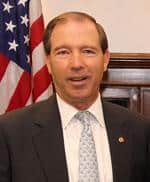 “As the vice chairman of the Senate Committee on Indian Affairs, and as a senator from New Mexico – home to 23 Tribes and Pueblos – one of my top priorities in Congress is making sure our government lives up to its trust and treaty obligations. That’s why I am enormously proud to invite the President of the Navajo Nation, Jonathan Nez, to attend the State of the Union Address and send a message to this administration about the importance of our responsibilities to Tribal communities in New Mexico and across the country,” Udall said. “As the leader of the Navajo Nation, representing over 300,000 tribal citizens on the largest reservation spanning four states, President Nez is a key partner in our shared work to expand opportunity across Indian Country, protect Tribal sovereignty, and promote Tribal self-determination and self-governance.

“He brings with him the stories of how the Trump shutdown disrupted critical health and public safety services in violation of the federal government’s trust and treaty obligations. I am very glad President Nez will be able to attend this address, and look forward to continuing to work together to accomplish the priorities of New Mexico and Indian Country. And as we gather to consider the state of our union, I will continue to make sure that New Mexico’s voice is heard, and stand up for the values and priorities of all New Mexicans.”

“I am honored be a guest of Honorable Senator Tom Udall, who has always been a strong supporter and champion for Indian Country,” President Nez said. “It’s imperative that the Navajo Nation have a strong united voice at the federal and congressional level, especially when we are impacted by issues such as the recent government shutdown. We felt the impacts of the shutdown and we are letting all of the House and Senate members, as well as the White House know that they need to pass a long-term budget that fully funds the BIA, IHS, and other agencies that assist the Navajo Nation. We look forward to hearing the State of the Union and determine how we can partner with Senator Udall and other leaders.”

Udall is the vice chairman of the Senate Committee on Indian Affairs, and has worked to highlight the damaging and lasting impacts of the Trump government shutdown on Tribes across New Mexico and Indian Country. Udall recently introduced legislation, the Indian Programs Advance Appropriations Act (IPAAA), to protect essential federal and tribal programs from the detrimental impacts of budgetary uncertainty caused by government shutdowns and short-term funding packages.

Nez was born in Tuba City, Ariz., and raised in Shonto, Ariz. He began his public service after being elected as Shonto Chapter vice president. He was later elected to serve three terms as a Navajo Nation Council delegate, representing the chapters of Shonto, Oljato, Tsah Bi Kin and Navajo Mountain. Nez also was elected as a member of the Navajo County Board of Supervisors for District 1 and served two terms. In 2015, Nez was elected Navajo Nation vice president. Nez was sworn in as president in January.