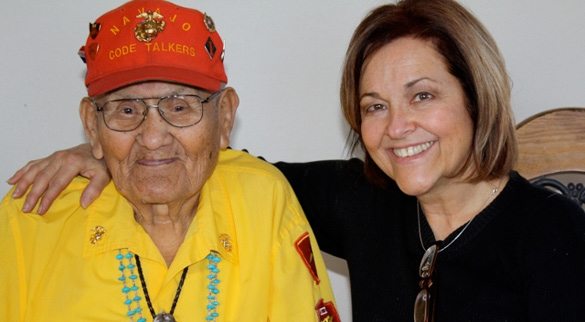 Chester Nez and Judith Avila will speak about Nez’s experiences as a Code Talker June 14 in Jemez Springs. Courtesy/JSPL

Jemez Springs Public Library will present a talk by authors Chester Nez and Judith Avila about Nez’s memoir of his experiences as a code talker, the Native American heroes of World War II. 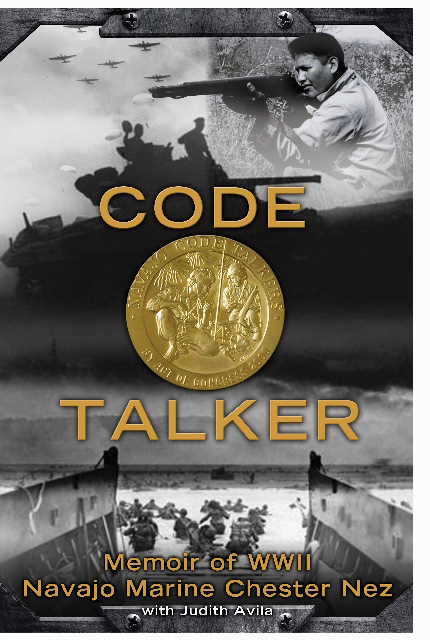 Nez, at 93, is the last of the original 29 Navajo code talkers of WWII – the men who developed the only unbroken code in modern warfare.

During World War II, the Japanese managed to crack every code the U. S. military used. But when the Marines turned to their Navajo recruits to develop and implement a secret language, the men stymied the enemy and helped to assure victory for the United States in the South Pacific.

Nez’s prizewinning memoir, Code Talker: The First and Only Memoir by one of the Original Navajo Code Talkers of WWII, shares his inspirational view of history, pulling the reader into the foxhole with the legendary men who developed a code that not even other Navajos could break.

Avila has completed four novels and is working on a fifth. She also works as a New Mexico Humanities Council Chautauquan, giving talks about the Navajo code talkers. She lives in Tijeras.

The talk will be followed by an opportunity to talk with the authors and buy signed copies of their book. This event is made possible with the generous support of the Friends of Jemez Springs Public Library.