Nature On Tap: Recent Discoveries In Astronomy At UnQuarked Thursday 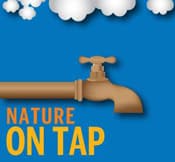 Gisler was born under the dark and starry skies of eastern New Mexico and eventually found his way back to his home state. With a Bachelor’s degree in physics and astronomy from Yale University, and a PhD in astrophysics from the University of Cambridge (England), he went on to postdoctoral positions at the Leiden University Observatory (Netherlands) and Kitt Peak National Observatory (Arizona). He spent two years at the National Radio Astronomy Observatory in Charlottesville, Va., where he met his wife Susan. In 1981Gisler began a 25-year career at Los Alamos National Laboratory, involved in a variety of activities including extragalactic jets, particle beams, plasmas, astronomical transients, adaptive processing and hydrocode simulations of impact processes and tsunamis. In 2006 he and Susan moved to Norway where Gisler held a senior research position at the Center for the Physics of Geological Processes at the University of Oslo. They returned to Los Alamos late in 2012 to enjoy the mountains. Although semi-retired, Gisler works as an Associate at LANL on ways of defending the Earth against asteroid impacts. He and Susan have two children, Andy who lives in Boulder and works as an aerospace engineer, and Ellie who lives in New Jersey and works in music arts management.

Arendt has a PhD in Physics from Ohio State University. His working career was spent in Applied Research & Development of materials at LANL and also in commercial manufacturing. Research interests, patents and publications were in Glass Manufacturing, Nuclear Reactor Fuels, Ultraviolet and Optical Coatings, Microwave Cavities, Superconductors, Semiconductors, and Carbon Nanotubes. Current interests include the history of astronomy and volunteering in the Los Alamos Nature Center Planetarium.

Becker earned his BA degree from Northwestern University in 1972 and a MS degree from Case Western University in 1974 before going on for his PhD in astronomy from the University of Illinois, Urbana (1979). After visiting Los Alamos for several years as a visiting scientist, he joined the Lab in 1983. As a result of his astrophysical training he noticed and studied a connection between the astrophysical neutron capture r-process and the heavy-element production that occurred in nuclear tests where new elements and isotopes were discovered. Becker received numerous awards for his research through the years, and became a Laboratory Fellow in 2009. He is still committed to his scientific interest in astronomy, serving as president of the Pajarito Astronomy Club, and a member of both the American Astronomical Society and the International Astronomical Union. He presents shows at the Los Alamos PEEC planetarium on a variety of astronomical topics. Hobbies include piloting small planes, flying aerobatic planes in Santa Fe, history, photography, and travel (the latter both for local interest, wildlife, and to view and photograph total solar eclipses around the world). In 1995, he made it as far as the interview stage of the astronaut selection process.

For more information about this and other PEEC programs, visit www.peecnature.org, email programs@peecnature.org or call 505.662.0460.

PEEC was founded in 2000 to serve the community of Los Alamos. It offers people of all ages a way to enrich their lives by strengthening their connections to our canyons, mesas, mountains, and skies. PEEC operates the Los Alamos Nature Center at 2600 Canyon Road, holds regular programs and events, and hosts a number of interest groups from birding to hiking to butterfly watching. PEEC activities are open to everyone; however, members receive exclusive benefits such as discounts on programs and merchandise. Annual memberships start at $35. To learn more, visit www.peecnature.org.