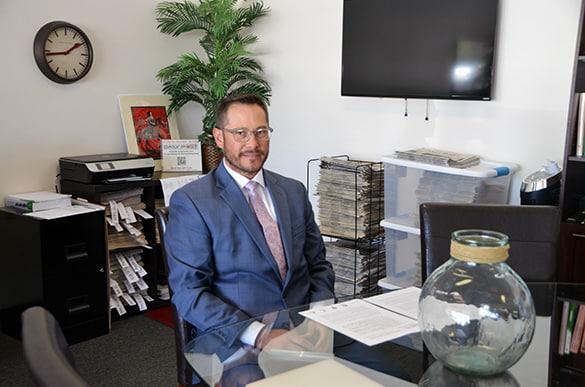 The bill will give the USDA and tribes the tools to improve access to nutritious food, productive agriculture, healthy forests and robust rural economic development in Native communities throughout Indian Country.

“The Farm Bill is a tremendous package that has a five-year funding cycle and Native American tribes are making history with provisions that are specific to Native American interests being written into this Farm Bill,” Mountain said. “The goal is to create tribal parity throughout the Farm Bill … for example, where is says State it should say Tribe.”

Mountain explained that there is a united effort for the first time ever of Native American tribes coming together across the nation through the Native American Farm Bill Coalition.

“I want to recognize a few of the entities such as the Eight Northern Indian Pueblos Council Board of Governors and their FDPIR (Food Distribution Programs on an Indian Reservation), the National Association of Food Distribution Programs on an Indian Reservation (NAFDPIR) and I want to recognize the Shakopee Mdewakanton Sioux Tribe out of Minnesota and the Intertribal Agriculture Council and also a big thank you to the University of Arkansas School of Law, Indigenous Food and Agricultural Initiative,” Mountain said. “They’ve just done a tremendous amount of research to package information based of facts. Studies and measurable outcomes that support these Native American provisions in the proposed 2018 Farm Bill(s).”

The Senate version is more robust than the House version as of now; but, we head to The Hill this week to work with both Conference Committees of both sides. he said. There are a lot of representatives and senators who have lead the collective voice of the tribes across the country.

“What we hope to achieve is a healthier food package, economic opportunities for tribes and surrounding communities, stronger conservation management and stronger rural development overall,” Mountain said. “I can’t stress enough that the benefit is obviously in the Native American communities for the first time ever, but non-native communities also greatly benefit from stronger economies. I want to note that U.S. Rep. Michelle Lujan Grisham is a conferee of the House Conference Committee. She is representing the House for all of America and it’s invaluable that she’s there and representing the tribes for the entire nation as well for us here in New Mexico. As Vice-Chair of the Senate Committee on Indian Affairs, Senator Udall has been an incredible voice for us; as have all of our New Mexico Delegates.”

The Native American Farm Bill Coalition is comprised of more than 270 members who have now signed on.

“It has been an incredible effort. We are truly witnessing a historic moment in Native America,” Mountain said.

Mountain flew to Washington, D.C. today to join the Native Farm Bill Coalition and stand alongside other tribal leaders from around the country to advocate the Conference Committees of the House and Senate.