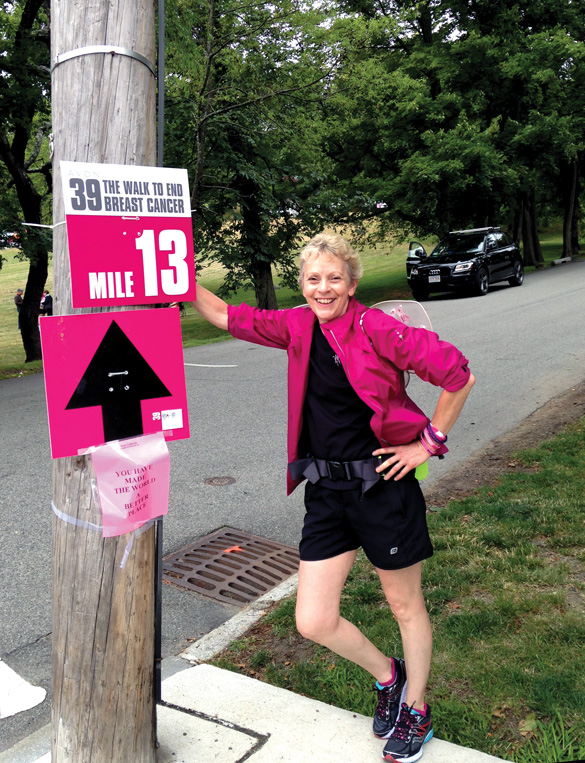 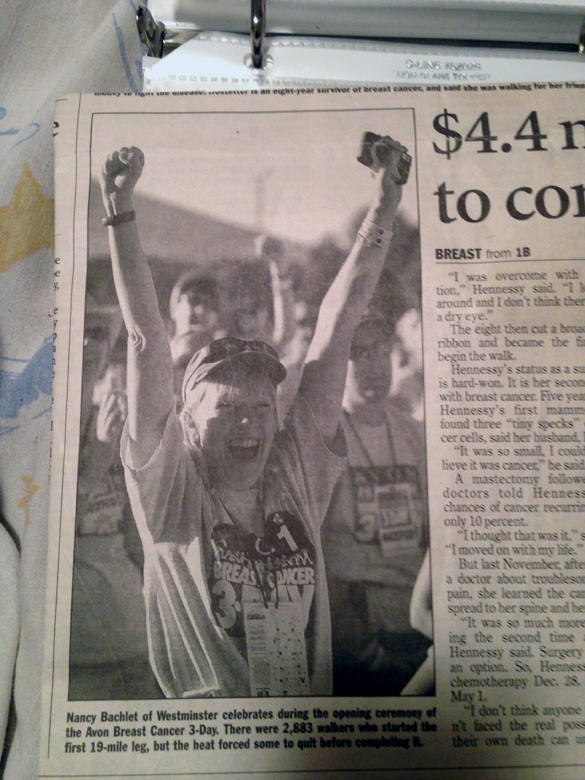 Nancy Partridge of Los Alamos featured in the Rocky Mountain News in 2001 at her first walk to end breast cancer. At that time her last name was Bachlet. Partridge and all the walkers together raised $4.4 million that year. Courtesy photo
By CAROL A. CLARK
Los Alamos Daily Post

Nancy Partridge of Los Alamos is in Boston this weekend participating in the Avon 39  Walk to End Breast Cancer.

She was honored during the opening ceremony at 6:30 a.m Saturday as being among the top fundraisers for the Avon Breast Cancer Crusade. This is her 16th walk and she has raised more than $35,000.

“As the Nationwide Director of Recruitment and Fundraising for AVON 39, I want to thank you for the amazing commitment you’ve shown to the Avon Breast Cancer Crusade through your incredible participation and fundraising for AVON 39 The Walk to End Breast Cancer,” Deirdre McGuinness said in a letter to Partridge. “We are so excited to celebrate and walk with you this weekend! As you know, we are planning a special thank you to our Boston 39ers like you who have been among our top fundraisers for the Avon Breast Cancer Crusade. At the opening ceremony, we will celebrate the accomplishments of our top lifetime fundraisers who have raised $20,000 and up by having you lead all Boston walkers as we open the route on Saturday morning.”

Partridge, who manages the Los Alamos Chamber of Commerce, said it was interesting being in the holding area with the other lifetime achievement walkers before the event began Saturday morning.

“Some of us had seen each other on numerous other walks and some of us had never met before,” she said. “We were all awed to be classified in the same group as Barbara Jo Kirshbaum. She’s a 19-year walker who does almost every single walk Avon holds each year.”

There used to be 13 walks each year but now there are eight, she said.

“I met Barbara Jo on my first Avon 3-Day 60-mile walk in 2001 and have walked with her at every walk since,” Partridge said. “She has walked more than 140  39.3-mile and 60-mile Avon Walks and raised almost $2 million by herself. She was $120,000 short of that $2 million goal when the head of marketing for Reebok called her up on stage Saturday night and announced they were donating $100,000 to the Avon 39 Walk for Breast Cancer through Barbara Jo’s fundraising account. She is an amazing woman … and did I mention she’s 79?” 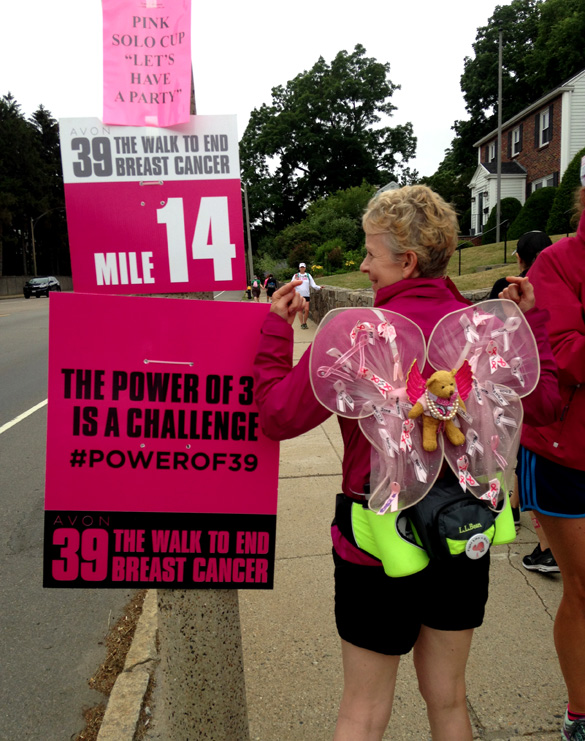 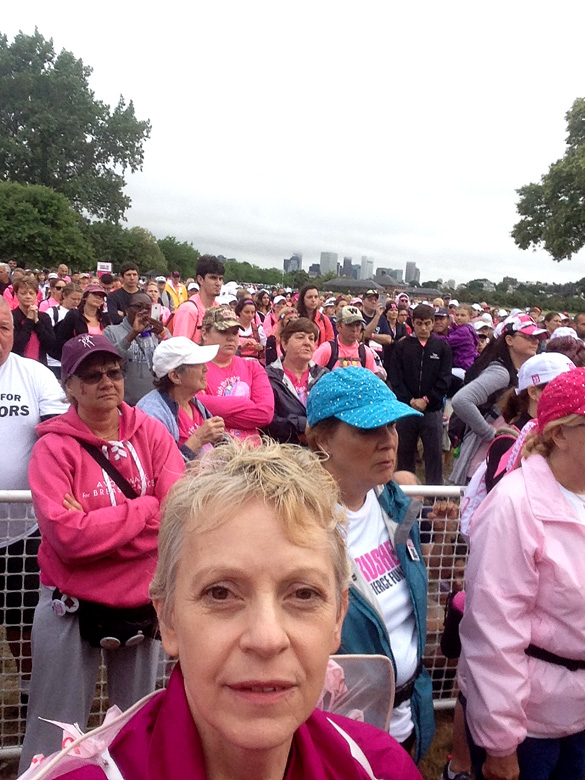 A sea of walkers at the start of Saturday’s Avon walk in Boston. Courtesy photo 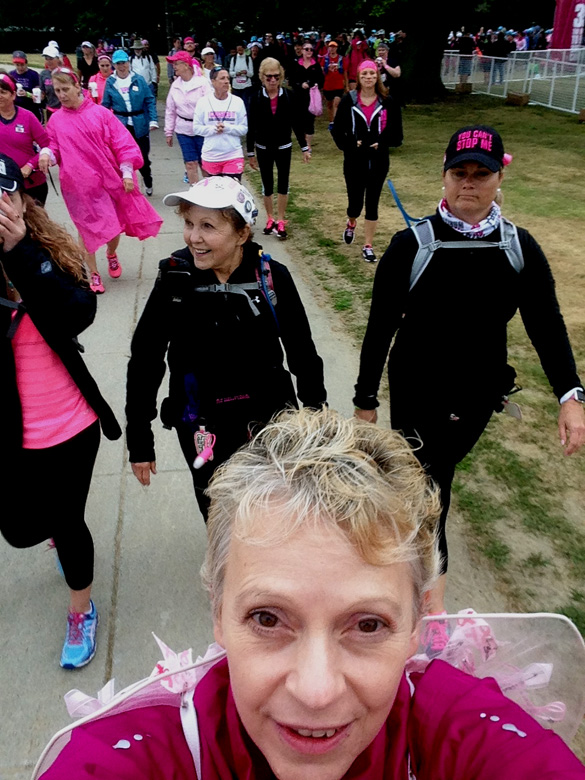 Nancy Partridge took a selfie as the Avon Lifetime Achevement walkers led the start of the Boston Avon 39 Walk for Breast Cancer. Barbara Jo Kirshbaum is directly behind her in the white hat. Photo by Nancy Partridge 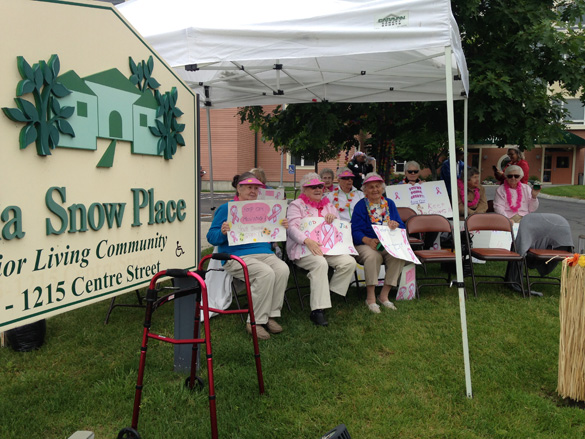 An entire senior center turned out Saturday to cheer for the Avon walkers. Courtesy photo 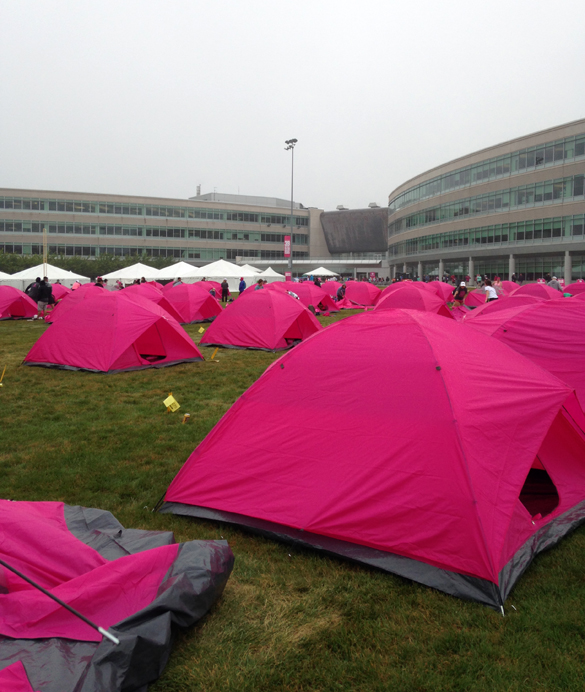