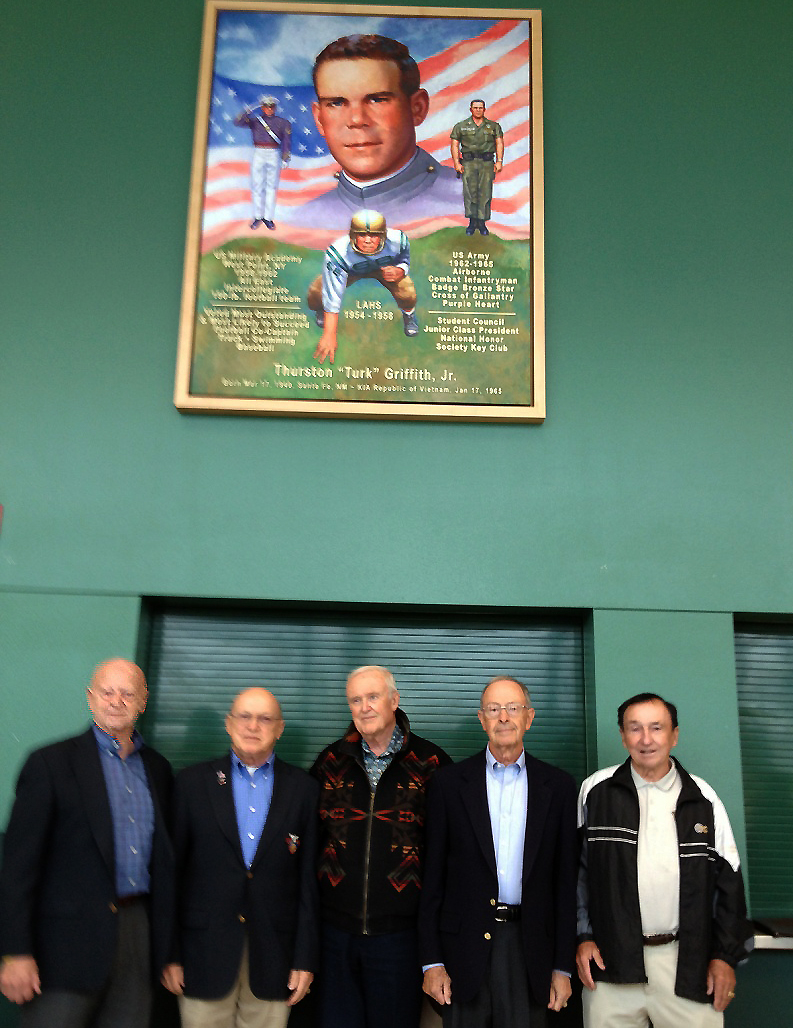 How many residents in Los Alamos know how Griffith Gymnasium got its name? Thanks to his West Point classmates of 1962, residents and visitors entering the foyer of Griffith Gym will know how the gym came to be named.

Thurston “Turk” Griffith graduated from Los Alamos High School in 1958. Following high school, he accepted an appointment to West Point where he graduated. In January of 1965, 1st Lt. Griffith was killed in an ambush in Vietnam. He was the first soldier from New Mexico to be killed in the Vietnam War.

As a student in Los Alamos, Turk Griffith was actively involved in academics and athletics. Among his many distinctions was being named as Most Outstanding Student and Most Likely to Succeed.

At the time of his death, a new gym was nearing completion at the high school. The community chose to honor this young man by giving the gym his name.

Many years have gone by since 1965. Turk’s West Point classmates wanted to make sure that his contributions to Los Alamos and his sacrifice to the nation would not be forgotten. This led to the commissioning of a painting that was hung in the entrance to Griffith Gym.

On hand to participate in the ceremony was 1958 classmate Pat (Wilder) Garrett, 1963 classmates Dennis and Carolyn (Wilder) O’Mara and Tom Nolen. The painting of 1st Lt. Griffith was done by Master Artist Paul Milosevich, a graduate of California State University-Long Beach.