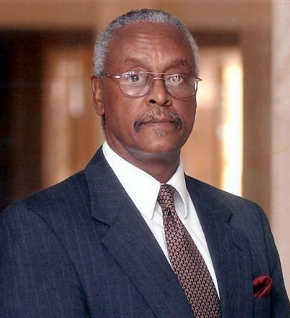 Each of the FBI’s 56 field offices annually selects an individual or organization to receive this award, which honors efforts in combating crime, terrorism, drugs, and violence in America.

“It is an honor to receive this prestigious community service award,” Dr. Bailey said. “I will continue to work with others to preserve and protect the civil rights of ethnic minorities, women, gays and lesbians and those who have different religious beliefs.”

SAC Lee presented a certificate to Dr. Bailey at the New Mexico Veterans Memorial Site. Dr. Bailey has been invited to a ceremony that will be held on April 4, 2014, in Washington, D.C., where FBI Director James B. Comey will present him and other recipients with crystal awards.

Dr. Bailey, who served as NAACP chapter president from 2000 to 2003, resumed the volunteer post in January 2013, after eight years as executive director of the New Mexico Office of African American Affairs under the administrations of Governors Bill Richardson and Susana Martinez.

Dr. Bailey has served on the Albuquerque FBI Division’s Multi-Cultural Advisory Committee and has met with Division Executive Management on a periodic basis regarding civil rights issues.

Dr. Bailey, who was raised in Albuquerque and attended UNM on a track scholarship, received a Bachelor of Science in Education, a Master of Arts in Special Education, and a Ph.D. in American Studies with an emphasis on education administration.

SAC Lee said, “Dr. Harold Bailey has been a reliable ally in the FBI’s mission to protect the civil rights of all Americans. We look forward to working even closer with him in the future.”