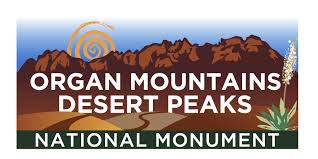 “The Organ Mountains-Desert Peaks National Monument will put the unique and spectacular desert landscapes of Southern New Mexico on recreation maps around the world, attracting tourists to the region, creating jobs and bringing in millions of dollars in tourism revenue,” Udall said. “The president’s decision finally puts into motion a plan that began with the people of Southern New Mexico, who wanted to ensure these special places would continue to be available for local families and visitors to hike, hunt, and learn from the hundreds of significant historic sites throughout the area for generations to come. I want to thank the thousands of New Mexicans who have worked tirelessly for many years to get us to this point. This monument is a reality because they spoke up and worked hard to get it done.”

“This is a very special moment for New Mexico and a major accomplishment for the community who has worked tirelessly for a decade to make the Organ Mountains-Desert Peaks National Monument a reality,” Heinrich said. “An Organ Mountains-Desert Peaks National Monument will preserve important cultural links to our past and strengthen southern New Mexico’s economy by boosting tourism and recreational opportunities, like hunting, hiking, camping, and horseback riding. My deepest thanks go to the diverse coalition and stakeholders for their overwhelming support to put Doña Ana County literally on the map and showcase to the world all that our state has to offer. The president’s decision to designate this natural treasure a national monument will ensure a critical piece of our shared outdoor heritage and cultural identity will be protected and preserved for generations to come.”

Establishing the Organ Mountains-Desert Peaks as a national monument will be the culmination of a decade of involvement from the local community. It will permanently protect nearly 500,000 acres stretching across the Organ, Doña Ana, Potrillo, Robledo and Uvas mountains, home to game animals, such as pronghorn sheep and deer, as well as rare plants and animals, some found nowhere else in the world.