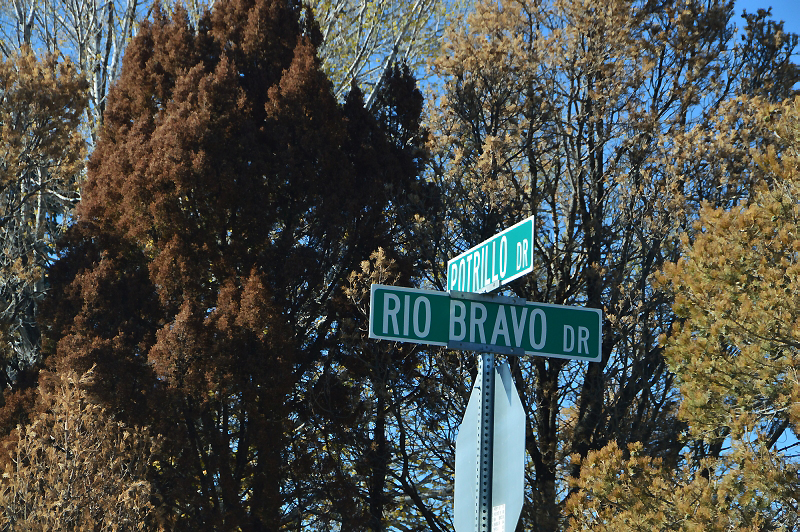 Something mysterious is killing dozens of trees and shrubs in Pajarito Acres. Photo by Carol A. Clark/ladailypost.com

Something is killing trees and shrubs on four properties in Pajarito Acres and it has officials baffled and homeowners deeply concerned.

Asking not to be identified, a homeowner who has lost 85-100 trees, spanning more than 24 species since late spring shared their story with the Los Alamos Daily Post.

“In May I noticed a ring of dead grass around my large Silver Maple … within days the leaves on the tree were turning black and within weeks it was dead. I began to see more rings of dead grass followed by more dead trees.”

This homeowner contacted the New Mexico Department of Agriculture and New Mexico State University. Experts from these agencies visited the homes earlier this month and examined the dead and dying trees.

“They concluded that the cause appeared to be chemical and then they took samples,” the homeowner said.

Three other homeowners have also experienced mysterious tree and shrub deaths on their properties. A homeowner who has lost more than 25 trees and shrubs since summer shared details but also asked not to be identified.

“Around the first week of August, we noticed a large olive tree toward the street and forsythia bush by the front door were turning yellow. Thinking that they needed more water, we irrigated deeply. They continued to die,” the homeowner said. “Within a week, the leaves on the large split leaf maple and a honeysuckle vine in our enclosed back yard began to turn black and fall.”

As of Sept. 16, the following trees and bushes on this homeowner’s property are dead or dying:

“All of these trees and shrubs had been in excellent condition with lush green foliage and no signs of drought stress,” the homeowner said. “With the recent rain, plants close to the dying trees are showing signs of yellow leaves. Carlos Valdez of the New Mexico State University Extension Office looked at the trees Sept. 16 and stated that they were not dying of drought but from the application of some foreign substance.”

Valdez spoke with the Los Alamos Daily Post this morning about the dead and dying trees at the four properties in Pajarito Acres.

“I did go out and examine the trees and it is true that there is general agreement that this is not related to insects or disease,” Valdez said, adding that the New Mexico Agriculture Department recently took samples at one of the homes.

Katie Goetz from the New Mexico Department of Agriculture is in the process of obtaining a comment to be added to this story later.

The mystery deepens into what’s going on in Pajarito Acres as the homeowner, who lost more than 25 trees, reported to police that he also suffered vandalism to a shed and freezer on his property Aug. 7. A “smelly brown substance” similar to concentrated liquid fish fertilizer was found inside two coolers and on the shed wall near where the coolers were stored. The substance had also been thrown inside the freezer in the shed, covering food on the top shelf and running down onto items on the two lower shelves. The substance was also found on the inside west wall of the shed, the floor and on items stored next to the west wall.

The offensive odor lingered so with further inspection on Aug. 8, the homeowner discovered the substance on all four walls of the shed, behind and on shelves, cupboards, and boxes and also inside a box of toys, the contents of which had to be disposed of.

The homeowner said there were no signs of entry or exit and the freezer door and shed door were closed. The police came out to the property Aug. 8 and took photos and filed a report on the incident.

“The vandalism was designed to create the greatest effect and required considerable effort to clean and restore the area to use,” the homeowner said. “It appears that this vandalism was well planned in advance rather than a spontaneous act of destruction.“

Los Alamos police are conducting an investigation into the reported vandalism as well as the cause behind the death of so many trees and shrubs.

“This case is active and we cannot comment because we do not want to say anything to hinder the work being done by our detectives,” Commander Preston Ballew said.

Pajarito Acres is located in White Rock within the boundaries of Pajarito Canyon, N.M. 4, Potrillo Canyon and White Rock Canyon. It is a covenant community and all homeowners are members of the association and subject to the restrictions set forth in the covenants. Pajarito Acres is managed by the Homeowner’s Association’s board of directors. 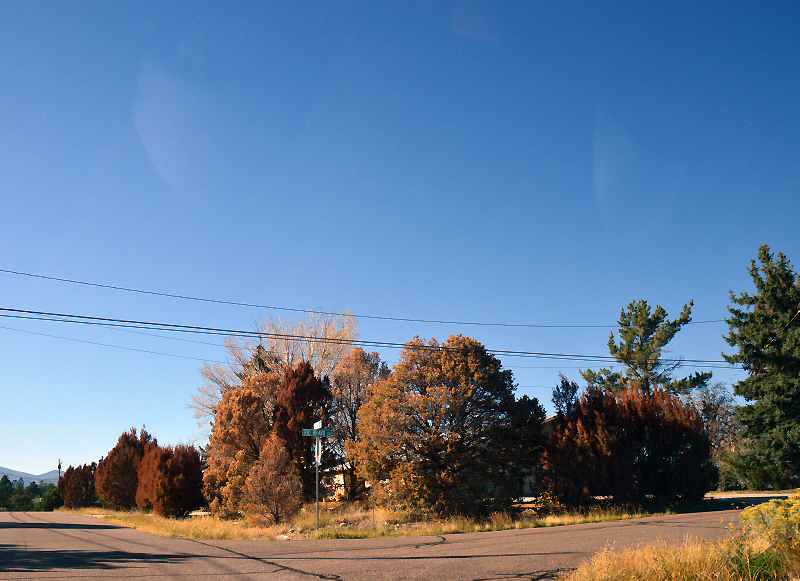 Nearly 100 trees have died since May at this home in Pajarito Acres. Photo by Carol A. Clark/ladailypost.com 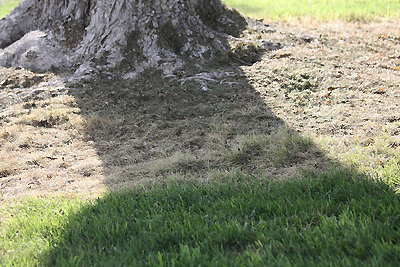 In July a ring of dead grass appeared around this tree and by August the entire tree was dead. Photo by Carol A. Clark/ladailypost.com 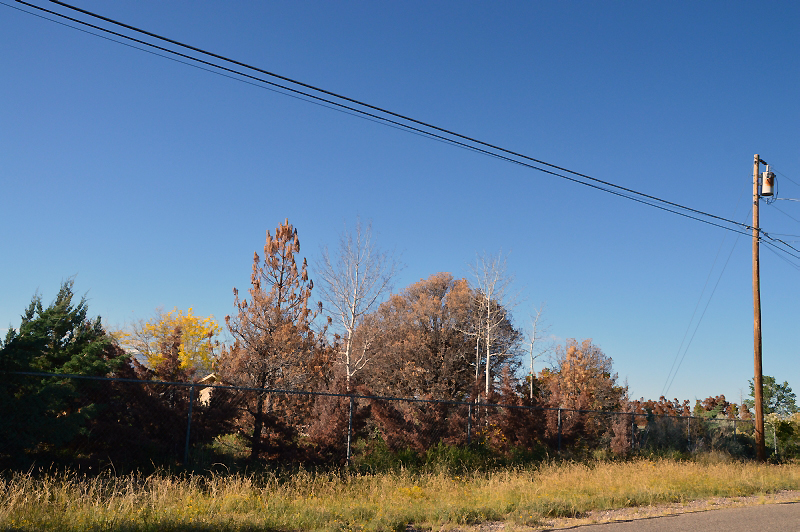 Dead and dying trees in a yard along Rio Bravo. Photo by Carol A. Clark/ladailypost.com 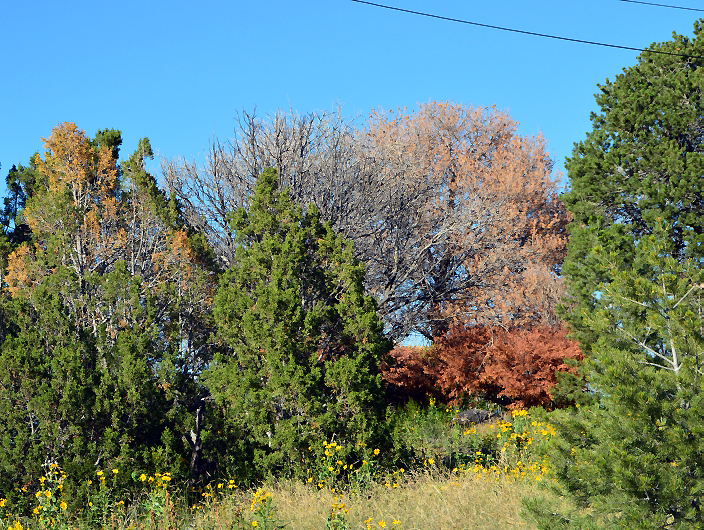 Dead and dying trees at a home along Potrillo. Photo by Carol A. Clark/ladailypost.com