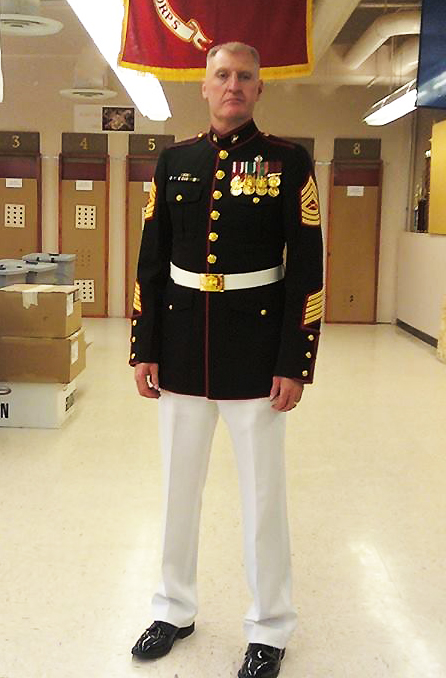 An instructor in the NJROTC program at Los Alamos High School has been absent from the classroom for several weeks, according to concerned parents who contacted the Los Alamos Daily Post.

Superintendent Gene Schmidt and Assistant Superintendent Gerry Washburn confirmed during a call this morning that Assistant Naval Science Instructor MSgt. Phil Carter “is not in the classroom at this time” but said he could not comment further because this is a personnel matter.

Parents who spoke to the Los Alamos Daily Post explained that several students lodged complaints against Carter a few weeks ago but have not heard what has happened since or whether he will return to the classroom. They also expressed concern that students will not be prepared for upcoming drill competitions.

“LCDR Wes Shumaker is an experienced and skilled leader who will provide the training and guidance the students need to be prepared for upcoming events,” Schmidt said.

Schmidt was not able to confirm whether an investigation into complaints about Carter’s behavior is underway, however, he did say, “We always look for the best interest and safety of our students and staff … I can’t speak specifically to this case, but whenever concerns are brought to our attention, we do conduct investigations.”

Because this is a personnel issue, Schmidt and Washburn also could not comment on whether Carter was on administrative leave or whether he is receiving a salary. Washburn did say that the Navy pays 100 percent of Carter’s salary as an instructor in the NJROTC program.

Carter joined the local program in September. He previously worked for five years as a Marine JROTC instructor at Rio Rancho High School and one year at Atrisco Heritage Academy High School in Albuquerque.

He was discharged from his position at Rio Rancho High School, according to the minutes of a Rio Rancho Board of Education meeting, obtained by the Los Alamos Daily Post. The minutes state that the Rio Rancho Board of Education held a regular meeting Oct. 28, 2013 and voted to uphold a decision of the superintendent that “there was just cause to discharge MSgt. Phil Carter, as of Aug. 15, 2Ol3, based on preponderance of the evidence presented at the hearing on Oct. 9, 20l3.” Details of that evidence are sealed.

Washburn said a background check was conducted on Carter prior to his employment at LAHS, as is the case for all new employees, but his discharged from Rio Rancho High School did not show up.

The reasons for Carter’s absence from the Los Alamos High School NJROTC program and how much longer his absence will continue remains a mystery.