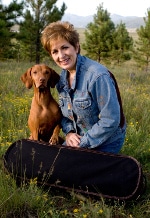 Ida Kavafian/Courtesy photo
MUSIC News:
Music from Angel Fire will continue its 35th Anniversary Season (Aug. 17-Sept. 1) with concerts in Taos Aug. 23 and 25, in Angel Fire Aug. 24 and Las Vegas Aug. 26.
The festival enters the second of three weeks led by Artistic Director Ida Kavafian, an artist-member of the Chamber Music Society of Lincoln Center and former violinist of the Beaux Arts Trio.
7 p.m., Thursday, Aug. 23, at the Taos Center for the Arts, the wonderful MFAF Young Artists are featured prominently in this program, opening with two great works for solo flute – the haunting Syrinx by Debussy and the amazing virtuoso work by Ian Clarke The Great Train Race,” Kavafian said. “The extended techniques used in the Clarke very effectively evoke the sounds of old trains! The newly written work by Andrea Clearfield Earth Door / Sky Door, premiered the evening before in AF will be offered for a second hearing. The program closes with one of the greatest works for piano and winds by Wolfgang Amadeus Mozart featuring members of the Triacanthos Quintet joined by pianist Anne-Marie McDermott, the Quintet in E-flat Major for Piano and Winds, K. 452.”
Benny Kim/Courtesy photo 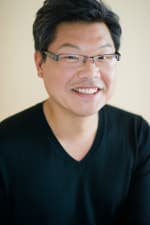 7 p.m., Friday, Aug. 24, at the United Church of Angel Fire, the evening begins with Musical Conversations hosted by Curtis Institute of Music professor Jonathan Coopersmith. Kavafian adds, “this is the second of our series of three special programs, AF Fanfares and the Sublime Viola Quintets of Mozart.
The series covers all six iconic viola quintets of Mozart and all open with Fanfares written for the 20th Anniversary Season of MFAF by past Composers-in Residence. Opening the program is the very appropriately titled work by Douglas Lowry, Five Minutes at a Very High Altitude (2003, commissioned by Music from Angel Fire).
3 p.m., Saturday, Aug. 25, at the Taos Center for the Arts, the concert program is titled Happy 100, Leonard Bernstein! “The 100th Anniversary of the birth of the great American maestro and composer Leonard Bernstein is the centerpiece of this program, represented by arrangements from perhaps his most beloved work, West Side Story. The ever-creative Composer-in-Residence will present her work, Tse Go La, a Suite inspired by Tibetan music. Festival favorite, pianist Anne-Marie McDermott will be featured in a chamber version of a passionate and powerful Mozart Piano Concerto No. 20 in D Minor for Piano and Chamber Ensemble, K.466,” said Kavafian. Ms Clearfield will present a lecture immediately before the concert. 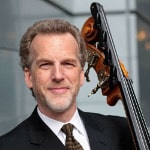 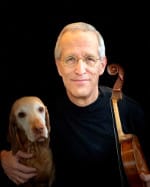 Steve Tenenbom/Courtesy photo
“During the Festival, as has been the case for the past 18 years, our Young Artists will be participating in the Music in Our Schools program performing in-school concerts, workshops and lessons throughout rural northern New Mexico in some of the underprivileged parts of our state,” MFAF interim executive director said. “From Dixon to Questa, and from Tres Piedras to Cimarron, northern New Mexico will benefit from our mission-based programs to share the experience of chamber music throughout Northern New Mexico by presenting intimate performances and educational outreach activities by exceptional young artists and world class musicians,” Harclerode said. 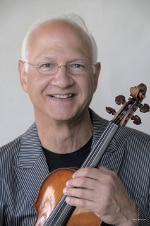 Theodore Arm/Courtesy photo
In celebration of its 35th Season, and immediately after the ever-popular Saturday, Sept. 1 Salon Concert at 2 p.m. is the Festival Gala, Dinner, Silent and Live Auction at the beautiful Angel Fire Resort beginning at 4:30 p.m. “This year’s festival has reestablished our mission focused work on chamber music and promises to be an outstanding season and the Gala brings our 35th Season efforts to a close,” said Bert Harclerode. Tickets for all concerts and events are now on sale.

Peter Wiley/Courtesy photo
Music from Angel Fire is funded in part by the National Endowment for the Arts ARTWORKS, New Mexico Arts, a division of the Department of Cultural Affairs, and by the National Endowment for the Arts, the City of Taos Lodger’s Fund along with hundreds of citizens and local and regional businesses in support of its mission to share the experience of chamber music throughout northern New Mexico by presenting intimate performances and educational outreach activities by exceptional young artists and world class musicians.
For more information visit www.MusicFromAngelFire.org or call 575.377.3233.
Menu
LOS ALAMOS