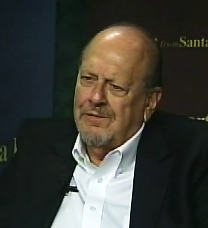 SANTA FE – The New Mexico Municipal League is backing efforts in the upcoming legislative session to reverse the painful consequences of a 2004 law that repealed taxes on retail food sales and medical services to reduce the tax burden of our state’s low-income residents.

The law did not help the disadvantaged, and it hurt the state by spurring a rush to increase other taxes meant to compensate cities and counties for the loss of revenue. The result is higher gross receipts taxes (GRT) — potentially more than 9 percent in some areas — on everything other than food.

Our proposal lowers GRT, allows food to be taxed at only the local rate and protects the disadvantaged by increasing the Working Family Tax Credit. The bill aims to protect the state’s least advantaged residents, while lowering GRT to make the state more competitive and retain essential municipal services.

The league — a nonprofit, nonpartisan organization that represents New Mexico’s 106 cities, towns and villages — anticipated that exempting groceries and medical services from the GRT starting in Jan. 2005, would force local governments to slash critical community services. So lawmakers agreed to hold local governments “harmless” for their portion of lost revenue by empowering cities to bill the state for the shortfall.

The hold-harmless clause was based on a gross miscalculation — an estimate almost four times lower than the actual amount of revenue the state generated from the repealed tax categories. Year after year, these payments drained a growing percentage of the state’s budget.

The 2004 law also eliminated a tax credit given to municipalities, which effectively raised local GRT rates by .5 percent. GRT was raised again in 2010, when the Legislature reacted to shrinking state revenue caused by the recession of 2008-2009.

In 2013, the Legislature agreed to phase out hold-harmless payments over 15 years beginning in 2015, and let cities and counties offset their losses by raising local taxes by 3/8 percent. This provision raised the prospect of a 75 percent increase if a city and county both imposed the increase.

Many counties quickly enacted the new tax; some found it generates far more revenue than the payment it replaces. Otero County’s 66,000 residents now bear the burden of a tax increase that will generate $2.4 million in new annual revenue to replace $388,000 in lost hold-harmless payments.

Yet, Española, which enacted its allowable tax increase and now has a GRT of 8.8125 percent, won’t raise enough new revenue to cover the lost payments. Even worse, Española’s GRT could reach 9.1875 percent if Santa Fe County, which includes part of Española, also increases its rate.

While the food tax exemption stretched the food budgets of both middle and upper-income New Mexicans, it did nothing to help low-income residents eligible to receive benefits through the Supplemental Nutrition Assistance Program (SNAP). Food stamps, as 1 in 4 New Mexicans who use the program know, aren’t taxed in the first place.

By raising the GRT on all other commodities in 2004, 2010 and 2013, the Legislature ensured a disproportionately negative impact on low-income households and increased the cost of doing business in New Mexico. A higher rate on business-to-business purchases of supplies, raw materials and equipment at every stage of production — known as tax pyramiding — has resulted in exponential tax increases that have made New Mexico uncompetitive.

These changes will lower taxes on most household spending and decrease costs for businesses while restoring fiscal certainty to local governments. They represent a win for residents, a win for businesses and a win for state and local governments without raising taxes. Lawmakers could rest assured that the problems compounding since 2004, will finally be fixed and they can focus on other issues.