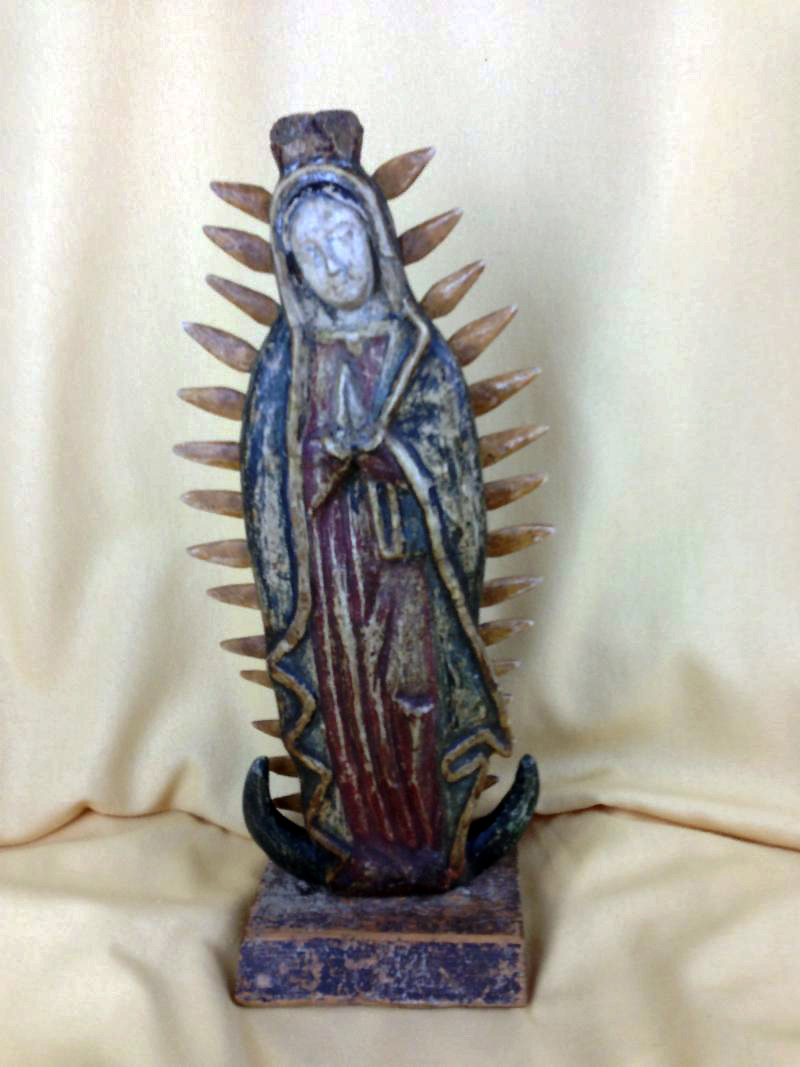 The Millicent Rogers Museum in Taos has acquired a major bulto, a three dimensional painted carving, of Nuestra Senora de Guadalupe (Our Lady of Guadalupe) by the New Mexico master santero Antonio Molleno who worked in Northern New Mexico from 1815 to 1845.

The bulto was acquired from an antiques dealer who was a part of the invitational Fall for Antiques Show and Sale held at the Millicent Rogers Museum Oct. 11-13.

Molleno worked in Northern New Mexico particularly around the Taos area. He is credited with the altar screen for the chapel of Nuestra Senora de San Juan de Rio Chiquito near Ranchos de Taos, which was completed in 1828. His work is distinguished by the delicately carved bodies and clothing, expressive white painted faces, and dark colors. While the Museum has examples of his retablos, this piece is the first bulto attributed to Molleno in the MRM collection.

“We are excited to have been able to acquire this work,” Peter Seibert, executive director of the Millicent Rogers Museum said. “Molleno’s bultos are very scarce, and so it is rare to have the opportunity to acquire one. This example came from a very old collection, and unlike many bultos seen today, this example has never been restored or altered. It is untouched!”

Following cataloging, the bulto will be placed on exhibit in the Museum’s forthcoming show, “Treasures from the Vault: Masterpieces from the Permanent Collection,” which opens Nov. 9.

Located in Taos, the Millicent Rogers Museum is dedicated to sharing and celebrating the arts and cultures of the Southwest through its extensive collection of more than 6,000 objects spanning from the prehistoric to the contemporary. Special highlights of the museum include the largest public holding of work by San Ildefonso Maria Martinez, Hispanic bultos, Navajo weavings, and the extensive jewelry collection assembled by community leader and fashionista Millicent Rogers.