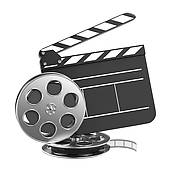 The Lifetime made-for-TV movie “Jubilee” will be filming in Pajarito Acres March 31 through April 7.

Los Alamos County will post announcements regarding the film production at www.losalamosnm.us under “News & Alerts.”

The production company has an agreement with a homeowner on S. Monte Rey Drive. This week they will be constructing a temporary wall on the property near the road for filming, after which it will be dismantled.

Filming is scheduled to begin Monday, March 31 through Friday, April 4th, as well as Monday, April 7. (There will be no filming Saturday or Sunday.)

All but one scene during this week will be filmed inside the house and all film crew and vehicles will be parked on the property.

At this time, a one-lane closure is scheduled to occur on Monte Rey Drive Thursday, April 3 in the afternoon and evening when they will be filming two police cars pulling outside the wall in front of the house.

During the April 3 outdoor filming, intermittent traffic control, including a flagging operation, will be conducted in accordance with the County’s traffic requirement to safely guide traffic through the area in between takes. Short delays are anticipated.

Filming-related activity visible in the neighborhood includes any or all of the following: