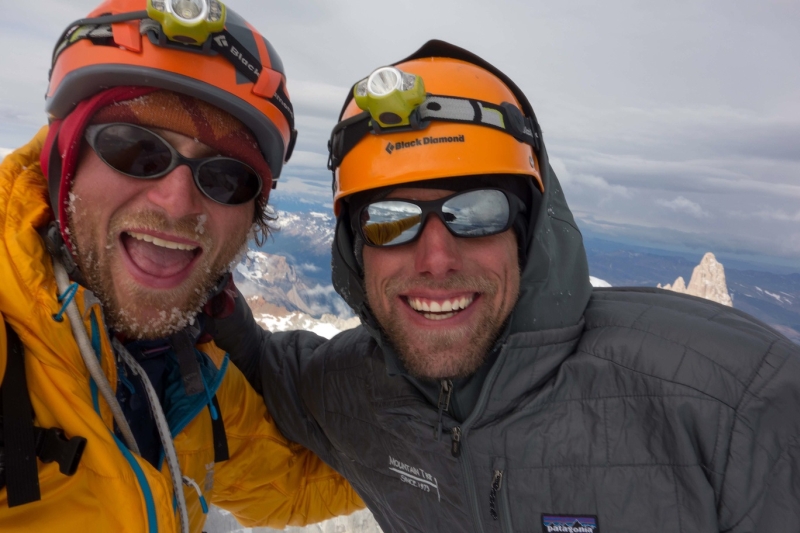 Cerro Torre, the rightmost of the sharp teeth in this Patagonian skyline, is one of the classic climbs of the Americas. Doug Shepherd will tell of his climbing adventures at the March 20 meeting of the Los Alamos Mountaineers. Courtesy/LAM

Patagonia, windswept and wild, will be the subject of the March meeting of the Los Alamos Mountaineers.

Speaker Doug Shepherd is both a sponsored athlete (Mammut, Sterling Ropes, Cilogear Backpacks) and a postdoc in systems biology.

Doug writes: “Patagonia has always stood out as a far away place that I would never be able to visit, let alone climb in, because of the horrible weather. In December 2012, I took a chance and went on a two-week trip, crossing my fingers and hoping we would get to climb instead of sitting around and drinking wine.”

Thanks to a break in the weather, Shepherd and Jared Vilhauer climbed the Ragni Route on Cerro Torre, traversed the Patagonia Ice Cap, and attempted to climb Cerro Standhardt.

Cerro Torre provided an experience unlike anything else he had done. According to Shepherd, “climbing (and failing) in Patagonia is a unique experience, from the people to the mountains.”

Shepherd’s dual life leads to long days of work and training, interspersed with quick trips to climb the mountains of his dreams.

Shepherd’s trips have been coined “Ninja Alpinism” by some people, because of their suddenness. In partnership with a close-knit group of friends, he has managed multiple major first ascents in Alaska and the continental United States, in addition to repeating and/or soloing significant climbs through the Western Hemisphere.

Supported by sponsors and his wife, Shepherds hopes to continue pushing the boundaries of exploration, particularly at home, where we tend to neglect the natural wonders in our own backyard.

The Wednesday, March 20 meeting will be held in the Great Room of Fuller Lodge. The meeting starts at 7:30 p.m. (trip and event announcements, etc.), followed immediately by the program.

The public is welcome. Learn more about the Los Alamos Mountaineers here: http://lamountaineers.org/